Sigrid Doris Peyerimhoff (born January 12, 1937, in Rottweil) is a theoretical chemist and Emeritus Professor at the Institute of Physical and Theoretical Chemistry, University of Bonn, Germany.

Her contributions have been to the development of ab initio quantum chemical methods, in particular, multireference configuration interaction, and to their application in many fields of physics and chemistry. Particular emphasis has been given to electronically excited states, molecular spectra and photochemistry. Many studies are on atmospheric molecules and ions, their lifetimes in excited states and decomposition due to radiative and non-radiative processes, and on stability and spectra of clusters.

Some of her students became well known for their contribution to quantum chemistry, including Bernd Engels, Stefan Grimme, Bernd A. Hess, Christel Marian, and Bernd M. Nestmann.

During her career, she received several awards and memberships:

She is the author of over 400 original articles in various international journals and coauthor of Umweltstandards: Fakten und Bewertungsprobleme am Beispiel des Strahlenrisikos. Her history of computational chemistry in Germany is of particular note. She edited Interactions in Molecules. 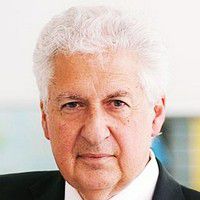