Sigismund von Kollonitsch; Kollonitz, Kollonic, Kollonics, Collonicz (born 30 May 1677 in Vienna, died 12 April 1751) was titular Bishop of Scutari, Bishop of Waitzen, and was from 1716 to 1722 Prince-Bishop of Vienna, then from 1722 to 1751 the first Prince-Archbishop of Vienna. He was raised in 1727 to the cardinalate by Pope Benedict XIII.

Sigismund was a son of Ulrich von Kollonitsch and was supported by his uncle, the Cardinal Prince-Primate of Hungary and Archbishop of Gran (Esztergom), Leopold Karl von Kollonitsch.

After attending the Jesuit Convocation in Neuhaus (Bohemia), he studied at the German College of Apollinaris in Rome and received his doctorate in theology. On 22 October 1699, he was ordained a priest, already a canon in Gran (Hungary) by 1700, and was consecrated titular Bishop of Scutari. From 1705, he was a Royal Hungarian Councillor and, from 14 October 1709, Bishop of Waitzen, where he founded the Piarists.

On 1 July 1716, he became the prince-bishop of Vienna. Together with Emperor Charles VI he petitioned Pope Clement XI to elevate Vienna to an archdiocese. The Prince-Bishop of Passau, Raymund Ferdinand von Rabatta, tried to prevent this, but on 6 March 1721, the Congregation in Rome agreed, and on 1 June 1722, the decision of the Consistory of Cardinals followed. On 14 February 1723, was that of Pope Innocent XIII in signing the Papal Bull Suprema dispositione, finally elevating Vienna. Kollonitsch then held the title of prince-archbishop, to whom the diocese of Wiener-Neustadt has been subordinated as suffragan. In 1729, the Viennese diocesan area was extended, when the area Under the Wienerwald (the parishes between Vienna and Wiener-Neustadt) was separated from the diocese of Passau.

He was elevated to the cardinalate by Pope Benedict XIII on 26 November 1727, and at the same time appointed cardinal-priest of Santi Marcellino e Pietro, in 1740 Kollonitsch changed to the titular church and became cardinal priest of San Crisogono. As early as 1747, he had been awarded the title Protector Germaniae by Emperor Francis I.

He was a zealous bishop who demanded of his priests participation in annual retreats and the wearing of clerical clothing. In 1719, he also introduced retreats for lay people. He increased the funds available for the creation of priests in St. Barbara and St. Stephan. In 1727, he acquired a palace in Wien-Landstraße, which he had converted into a poorhouse; this was enlarged in 1784 and adapted to the Invalidenhaus. In 1730, he conducted a general visitation of his diocese.

He also won the lawsuit with the cathedral chapter of St. Stephen, when the Pope gave him jurisdiction over the canons. In return, he raised in 1728 the cathedral provost, Joseph Heinrich Braitenbücher, to Vicar-General and Auxiliary Bishop.

Being the last of his family, he adopted in 1728 the son of the half-sister of his father Ladislaus Zay von Csömör. He appointed him heir to his dominions with the condition that he and all his descendants, with the complete omission of their former name and coat of arms, should be addressed only as Counts and Countesses von Kollonitsch.

He is buried in the episcopal tomb of St. Stephen's Cathedral in Vienna.

The contents of this page are sourced from Wikipedia article on 09 Mar 2020. The contents are available under the CC BY-SA 4.0 license.
View Sigismund von Kollonitz 's image gallery
Image Gallery 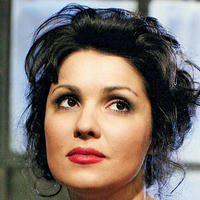 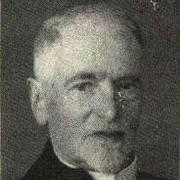