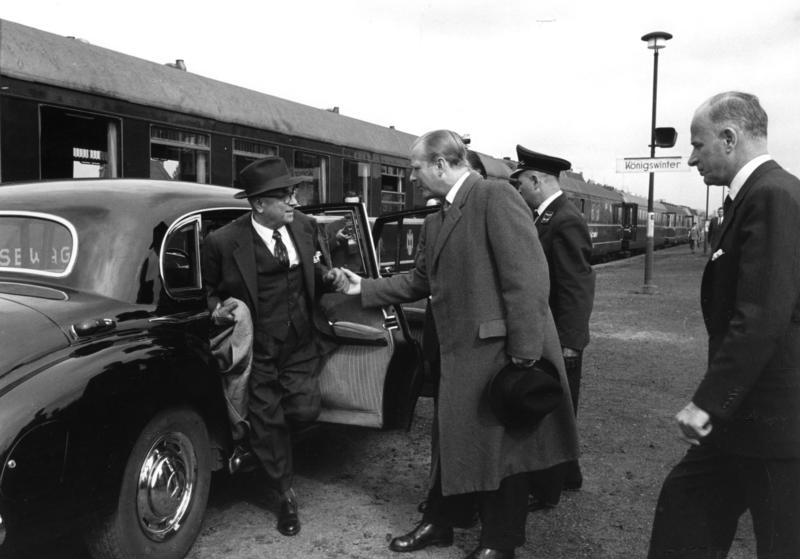 After an apprenticeship in 1934, he studied law with a scholarship from the German Academic Exchange Service for a year at the University of Cincinnati in the United States of America, and followed this with a trip around the world (Japan, China, Malaya, India, etc.). In 1936, he joined as an attaché in the German Foreign Service. Until April 1937, he was the personal assistant of the German ambassador in Paris, but in September due to a dispute with Baldur von Schirach he was reassigned to Addis Ababa. On 1 October 1939 he joined the Nazi party. In 1943 he became Legation Secretary of the Embassy to the Holy See in Rome, where he remained until 1946. The date and details of his denazification are unknown. After internment in Germany, he occasionally worked in the private sector, first as an assistant at several Nuremberg trials, then to the Wilhelmstrasse trial against Ernst von Weizsäcker, and finally as an employee of the state of Rhineland-Palatinate. In 1954 he entered the diplomatic service of the Federal Republic of Germany, and held positions such as Chief of Protocol of the Foreign Office from 1962 to 1968, Permanent Representative at the United Nations in New York, from 1968 to 1970 and from 1972 to 1976 Ambassador in France, and from 1970 to 1972 Secretary of State. Starting in 1956 he was a member of the FDP.