King of Poland and Grand Duke of Lithuania 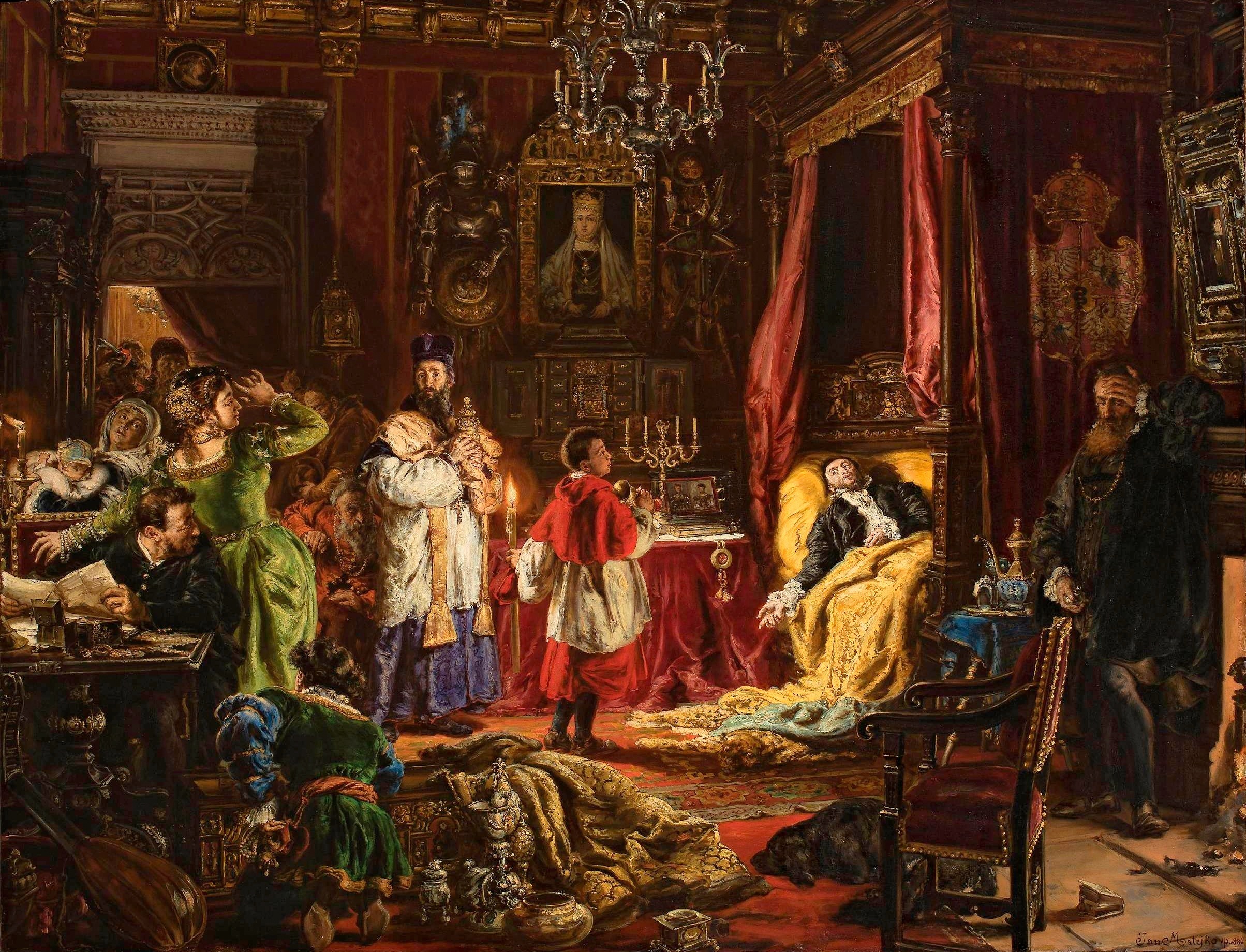 Sigismund II Augustus (Polish: Zygmunt II August, Ruthenian: Żygimont II Awgust, Lithuanian: Žygimantas II Augustas, German: Sigismund II. August) (1 August 1520 – 7 July 1572) was the King of Poland and Grand Duke of Lithuania, the only son of Sigismund I the Old, whom Sigismund II succeeded in 1548. Married three times, the last of the Jagiellons remained childless, and through the Union of Lublin introduced a free elective monarchy.

From the outset of his reign, Sigismund came into collision with the country's nobility, who had already begun curtailing the power of the great families. The ostensible cause of the nobility's animosity to the King was his second marriage, secretly contracted before his accession to the throne, with (said to be beautiful) Lithuanian Calvinist, Barbara Radziwiłł, daughter of Hetman Jerzy Radziwiłł.

So violent was the agitation at Sigismund's first sejm (31 October 1548) that the deputies threatened to renounce their allegiance unless the King repudiated his wife Barbara. He refused and won the day.

By 1550, when Sigismund summoned his second Sejm, a reaction had begun in his favor, and the nobility was rebuked by Piotr Kmita, Marshal of the Sejm, who accused them of attempting to unduly diminish the legislative prerogatives of the crown.

The death of Queen Barbara, five months after her coronation (7 December 1550), under distressing circumstances, compelled Sigismund to contract a third, purely political union with his first cousin, the Austrian archduchess Catherine, also the sister of his first wife, Elisabeth, who had died within a year of her marriage to him, before his accession.

Sigismund soon lost all hope of children by his third bride; he was the last male Jagiellon in the direct line so the dynasty was threatened with extinction. He sought to remedy this by adultery with two of the most beautiful of his countrywomen, Barbara Giżanka and Anna Zajączkowska but was unable to impregnate either of them. The sejm was willing to legitimatize, and acknowledge as Sigismund's successor, any male heir who might be born to him; however, the King was to die childless.

The King's marriage was a matter of great political import to Protestants and Catholics alike. The Polish Protestants hoped that he would divorce and remarry and thus bring about a breach with Rome at the very crisis of the religious struggle in Poland. He was not free to remarry until Queen Catherine's death on 28 February 1572, but he followed her to the grave less than six months later. Letter from Hürrem Sultan, wife of Suleiman the Magnificent, to Sigismund Augustus, complimenting him on his accession to the throne in 1549

Sigismund's reign was a period of internal turmoil and external expansion. He saw the introduction of the Protestant Reformation into Poland and Lithuania, and the peero-cratic upheaval that placed most political power in the hands of the szlachta (nobility); he saw the collapse of the Knights of the Sword in the north, which led to the Commonwealth's acquisition of Livonia as a Lutheran duchy and the consolidation of Turkey's power in the south. A less imposing figure than his father, the elegant and refined Sigismund II Augustus was nevertheless an even more effective statesman than the stern and majestic Sigismund I the Old.

Sigismund II possessed to a high degree the tenacity and patience that seem to have characterized all the Jagiellons, and he added to these qualities a dexterity and diplomatic finesse. No other Polish king seems to have so thoroughly understood the nature of the Polish sejm. Both the Austrian ambassadors and the papal legates testify to the care with which he controlled his nation. Everything went as he wished, they said, because he seemed to know everything in advance. He managed to get more money out of the sejm than his father ever could, and at one of his sejms he won the hearts of the assembly by unexpectedly appearing before them in the simple grey coat of a Masovian lord. Like his father, a pro-Austrian by conviction, he contrived even in this respect to carry with him the nation, often distrustful of the Germans. He avoided serious complications with the powerful Turks. Tapestry with Shield-Bearing Satyrs with the royal monogram S.A. (Sigismundus Augustus), woven in Brussels in about 1555

Sigismund II mediated for twenty years between the Catholic Church and the Protestants. His most striking memorial may have been the Union of Lublin, which united Poland and Lithuania into the Polish-Lithuanian Commonwealth — the "Republic of the Two Nations" (Polish: Rzeczpospolita Obojga Narodów, Lithuanian: Abiejų Tautų Respublika). Also, German-speaking Royal Prussia and Prussian cities were included. This achievement might well have been impossible without Sigismund.

Sigismund died at his beloved Knyszyn on 6 July 1572, aged 51. In 1573, Henry III of Valois was elected King of the Polish-Lithuanian commonwealth for a few months, but then returned to France where he was crowned King Henry III of France. Shortly thereafter, Sigismund's sister Anna of Poland married Stefan Batory, and they ruled as King and Queen of Poland.

In addition to his family connections, Sigismund II was allied to the Imperial Habsburgs by his pledge as member of the Order of the Golden Fleece.

Young Sigismund is one of the figures on the Prussian Homage painting by Jan Matejko. "Death of Zygmunt August at Knyszyn", by Jan Matejko

Sigismund Augustus carried on with the development of several royal residencies including Wawel Castle, Vilnius Castle, Niepołomice Castle and the Royal Castle in Warsaw. In the 1560s he acquired the Tykocin Castle and rebuilt it in Renaissance style. During the reign of Sigismund Augustus the structure served as a royal residence with an impressive treasury and library as well as the main arsenal of the crown.

Sigismund Augustus was a passionate collector of jewels. According to nuncio Bernardo Bongiovanni's relation, his collection was allocated in 16 chests. Among the precious items in his possession was Charles V's ruby of 80,000 scudos' worth, as well as the Emperor's diamond medal with Habsburgs Eagle on one side and two columns with a sign Plus Ultra on the other side. In 1571, after the death of his nephew John II Sigismund Zápolya, he inherited an Hungarian Crown and a Swedish Crown was made for him. The Polish king treated those crowns as a family keepsake, and kept them in a private vault in the Tykocin Castle. He had also a sultan's sword of 16,000 ducats' worth, 30 precious horse trappings and 20 different private-use armours. The king's possession included a rich collection of tapestries (360 pieces), commissioned by him in Brussels in the years 1550–1560. 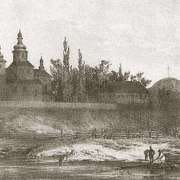