Sifan Hassan (Oromo: Siifan Hassan; born 1 January 1993) is an Ethiopian-born Dutch middle- and long-distance runner. She won two gold medals at the 2019 World Championships, in the 1500 metres and 10,000 metres events, becoming the only athlete (male or female) in history to win both events at a single World Championships or Olympic Games.

Born in Adama in Ethiopia, she left the country as a refugee and arrived in the Netherlands in 2008 at age fifteen. She began running while undertaking studies to become a nurse.

Affiliated with Eindhoven Atletiek, she entered the Eindhoven Half Marathon in 2011 and won the race with a time of 77:10 minutes. She was also runner-up at two cross country races (Sylvestercross and Mol Lotto Cross Cup). She won those races in 2012, as well as the 3000 m at the Leiden Gouden Spike meeting.

Hassan made her breakthrough in the 2013 season. She ran an 800 metres best of 2:00.86 minutes to win at the KBC Night of Athletics and took wins over 1500 m at the Nijmegen Global Athletics and Golden Spike Ostrava meetings. On the 2013 IAAF Diamond League circuit she was runner-up in the 1500 m at Athletissima with a personal best of 4:03.73 minutes and was third at the DN Galan 3000 m with a best of 8:32.53 minutes – this time ranked her the fourth fastest in the world that year.

She gained Dutch citizenship in November 2013 and the following month she made her first appearance for her adopted country. At the 2013 European Cross Country Championships she won the gold medal in the under-23 category and helped the Dutch team to third in the rankings. She also won the Warandeloop and Lotto Cross Cup Brussels races that winter. At the beginning of 2014 she ran a world leading time of 8:45.32 minutes for the 3000 m at the Weltklasse in Karlsruhe, then broke the Dutch record in the indoor 1500 m with a run of 4:05.34 minutes at the Birmingham Indoor Grand Prix.

She won the first Millicent Fawcett Mile at the 2018 London Anniversary Games in a time of 4:14.71, which was at the time the No. 4 mark of all time.

She won the gold medal at the 2018 European Championships with the time 14:46:12, setting the new championships record.

On 16 September 2018 she broke the European record for the half marathon with a time of 65:15, winning the Copenhagen Half Marathon

On 12 July 2019, Hassan entered the mile run at the Herculis meet in Fontvieille, Monaco. Olha Lyakhova was the pace setter, taking the field through the first two laps (measured at the finish line, not the quarter-mile splits) in 64.26 and 63.94 (2:08.20). As is typical for Hassan, she was last off the start line, but over the next 150 metres, slowly eased herself around the field on the outside into the marking position behind Lyakhova. Gabriela DeBues-Stafford soon moved through the field in between Hassan and Lyakhova for the next lap before Hassan and Gudaf Tsegay separated from the field as the only chasers. Between 800 and 1000 metres, Lyakhova strained to keep on pace, but Hassan and Tsegay were moving forward. After Lyakhova dropped out, they were all alone, 15 metres up on the pack. At the bell, Hassan was looking back at her close chaser Tsegay at 3:10.13 (a 61.93 lap). Hassan accelerated, making a 5-metre break over the next 100 metres. Continuing at this pace, she passed 1500 metres at about 3:55. Hassan finished her final lap in 62.20, her final time of 4:12:33 breaking Svetlana Masterkova's almost 23-year-old world record. The athletes trailing Hassan rewrote the all-time top 25 list, with Laura Weightman moving into position #15, DeBues-Stafford into #17, and after #5 all-time Tsegay faded into the pack she was followed by Rababe Arafi, Axumawit Embaye, Winnie Nanyondo and Ciara Mageean moving into positions #20–23.

She also won the 1500 metres race with a time of 3:51.95 (sixth place on the 1500 m all-time-list), setting a new Championships and European record. The second-placed finisher was Faith Kipyegon in 3:54.22, a new Kenyan national record, and the third place went to Gudaf Tsegay (Ethiopia) with 3:54.38.

From late 2016 until October 2019, Sifan Hassan was coached by Alberto Salazar, the Nike Oregon Project coach. However, Alberto Salazar is currently serving a four-year ban for doping violations, leaving Hassan without any coach.

The contents of this page are sourced from Wikipedia article on 26 Jun 2020. The contents are available under the CC BY-SA 4.0 license.
View Sifan Hassan 's image gallery
Image Gallery 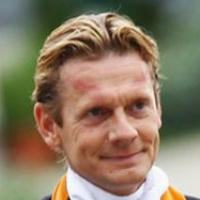