Mayer was born in Bechtheim in Rhenish Hesse. He studied at the Universities of Heidelberg, Giessen and Tübingen, where in 1865 he obtained his doctorate. He subsequently worked with Hermann Ludwig Ferdinand von Helmholtz (1821–1894) in Heidelberg, Carl Friedrich Wilhelm Ludwig (1816–1895) and Julius Friedrich Cohnheim (1839–1884) in Leipzig, and with Ernst Wilhelm von Brücke (1819–1892) in Vienna.

In 1869 he was habilitated for physiology at Vienna, and during the next year became Karl Ewald Konstantin Hering's assistant in Prague. In 1872 he became an associate professor and in 1887 a full professor. From 1880 he was director at the newly founded institute of histology.

Mayer made several important contributions particularly concerning the physiology of the heart and vessels, respiration and intestines. He was one of the first to describe chromaffin cells in the sympathetic nerve, and with Ewald Hering and Ludwig Traube, his name is associated with "Traube–Hering–Mayer waves", a phenomenon that deals with rhythmic variations in arterial blood pressure. 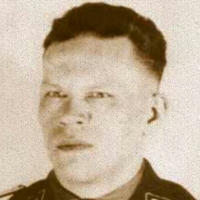