His name first appeared in public in 1962 when he accused the political magazine Der Spiegel of high treason in the Spiegel scandal. In 1966, the case lead to a groundbreaking ruling of the Federal Constitutional Court of Germany about the freedom of the press.

In the 1970s he was decidedly opposed to the Red Army Faction (RAF) and became the first assassination victim, along with his driver Wolfgang Göbel and judicial officer Georg Wurster, in a series of events called the "German Autumn".

Buback was shot by members of the RAF while travelling from his home in Neureut to the Bundesgerichtshof in Karlsruhe. While Buback's Mercedes 230.6 was stopped at a traffic light, two unknown persons on a Suzuki GS 750 motorcycle pulled alongside him, both wearing olive green motorcycle helmets. The passenger on the rear of the motorcycle quickly fired fifteen shots with a semi-automatic HK43 rifle at the vehicle before fleeing. Buback and his driver, Göbel, died at the scene of the crime; Wurster died six days later from his injuries. Even though four RAF members (Christian Klar, Knut Folkerts, Günter Sonnenberg, and Brigitte Mohnhaupt) were formally charged and prosecuted in connection with the Buback murder, important details of their involvement have not been solved. German authorities have so far been unable to find out who was driving the motorcycle and who was firing the weapon at Buback.

In April 2007, 30 years after his assassination, Buback's violent death again became the subject of public discussion when his son, Michael Buback, was contacted by former RAF member Peter-Jürgen Boock. Boock shared details with Buback's son indicating that it was Stefan Wisniewski who had fired the gun at Siegfried Buback. Verena Becker, another former RAF member, has also claimed Wisniewski was the killer.

On 6 July 2012, Becker was convicted of assisting the (still unknown) murderers and sentenced to four years in prison.

The contents of this page are sourced from Wikipedia article on 08 Mar 2020. The contents are available under the CC BY-SA 4.0 license.
View Siegfried Buback 's image gallery
Image Gallery 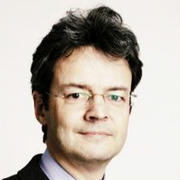