Sid Owen (born David Sutton; 12 January 1972) is an English actor, television presenter and former singer, who played Ricky Butcher in the BBC One soap opera EastEnders from 1988 until 2012. He also appeared in the tenth series of Strictly Come Dancing.

Prior to his role in EastEnders he had a role in the film Revolution in 1985, in which he appeared alongside Al Pacino and Donald Sutherland. After leaving the soap he tried his hand at pop music releasing his cover version of Sugar Minott's 1982 single, "Good Thing Going" on Mushroom Records. The song reached No. 14 in the UK Singles Chart in June 2000. A follow up single was recorded but never released. He had earlier released a 1995 Children in Need single with Patsy Palmer, "You Better Believe It". That track reached No. 60 in the UK chart. Returning to television work, Owen appeared on an episode of Lily Savage's Blankety Blank in 2001, and took part in the fifth series of I'm a Celebrity, Get Me Out of Here! in 2005, where he carried out the first bushtucker trial with David Dickinson. He finished third in the series. He also took part in a celebrity boxing match with Ben Fogle, for Sport Relief, which Fogle ultimately won. Owen also starred in ITV1's prison drama Bad Girls in 2006, during the shows eighth and final series. His character fell for prisoner Janine Nebeski, played by his ex-EastEnders co-star, Nicola Stapleton. Owen appeared in The Bill on 6 November 2007.

On 30 October 2007, it was confirmed that Owen would make his return to EastEnders in 2008. This news came 24 hours after the announcement that Patsy Palmer, his on-screen wife, was also returning to the show. In February 2011 he announced that he was taking a break from the show. Of his decision Owen said, "I will be taking a break from EastEnders so that I can dedicate more time to Drop 4 Drop, a charity to help alleviate the global water crisis in the developing world. Ricky will definitely be returning to Walford at some point next year." He appeared in Snow White and the Seven Dwarfs from December 2007 to January 2008 at The Beck Theatre, Hayes, Middlesex as Prince Charming. He also presented series 8 of To Buy or Not to Buy with Melinda Messenger. In January 2012, Owen once again left EastEnders after four years back in the role. He returned for a few weeks in June 2012, before leaving again to run a restaurant in France

On 10 September 2012, it was announced that Owen would be a contestant for the tenth series of Strictly Come Dancing. He was partnered with Ola Jordan. He and Jordan were the third couple to be eliminated, losing out in the dance off against Colin Salmon.

Owen took part in the 2016 series of The Jump on Channel 4. In 2016 Owen signed a contract with the BBC and opined that he should return to EastEnders to "finish the storyline or go back for a length of time."

Owen has four brothers Mark, Darren (born 1968) Martin and Scott. Owen's father, David, was an alcoholic who left home when he was six years old; his mother, Joan, died from pancreatic cancer when he was eight. He then attended Anna Scher Theatre school. Sid's favourite hobby is football, playing in many celebrity matches in the process and is an Arsenal supporter. In 2000, he was engaged to Carty Hubbard as he took her around the world for two years but split up in 2003. In 2005, he then had a liaison with model Angel Harte which was short-lived. In October 2006, he began a relationship with Genie in the House actress, Polly Parsons, after they both starred in a Snow White and the Seven Dwarfs pantomime. In October 2009, whilst on holiday in Barbados with Parsons, he proposed to her and she accepted. In April 2012 Owen told the Sunday Mirror that they were still good friends but not together anymore, and that he was single. 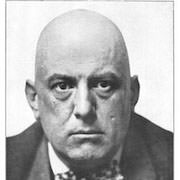