Sibylla of Anhalt
The basics

Sibylla of Anhalt (28 September 1564 – 26 October 1614) was an Ascanian princess of Anhalt who became Duchess of Württemberg by marriage to Duke Frederick I. She was the fourth (but third surviving) daughter of Joachim Ernest, Prince of Anhalt, by his first wife Agnes, daughter of Wolfgang I, Count of Barby-Mühlingen.

Sibylla was born in Bernburg in 1564. In 1577, her elder sister Anna Maria was relieved from her post as Imperial abbess of Gernrode and Frose in order to marry Joachim Frederick, eldest son and heir of the duke of Brieg; under pressure from her father, the Chapter elected Sibylla as her successor. Sibylla was confirmed in office by the emperor, Rudolph II. During her reign as abbess the only record of her activities comes from an abbey document in which she invests the widow of Stefan Molitor (the first Evangelical Superintendent of the abbey) with a piece of land.

In 1581, Sibylla was relieved of her post as abbess in order to marry Frederick, Count of Mömpelgard and heir apparent of the Duchy of Württemberg. The marriage was arranged by her stepmother, Eleonore of Württemberg. The wedding took place in Stuttgart on 22 May of that year. Her successor as abbess was her younger half-sister Agnes Hedwig (later the Duchess of Schleswig-Holstein-Sonderburg).

Only sixteen years old at the time of her wedding, Sibylla bore her husband fifteen children during the first fifteen years of their marriage. However, she did not play a prominent role in court life or have any influence over her husband; marital fidelity was not compatible with his view of the prerogatives of an absolutist monarch. After the birth of their last child, the couple virtually lived apart. On his frequent travels to France, Italy, and England, Frederick did not take Sybilla with him. He succeeded his father's cousin Ludwig as Duke of Württemberg in 1593.

Sibylla was anxious to expand her knowledge of botany and chemistry. To veil her interest in the dubious discipline of alchemy, she explained her activity as gathering an herbal collection for the production of medicine for the poor. As scientific adviser, she appointed Helena Magenbuch, a daughter of Johann Magenbuch, the personal physician of Martin Luther and Emperor Charles V. Helena Magenbuch was awarded the title Pharmacist of the Württemberg court. From 1606/1607, Maria Andreae took over this post.

After the death of her husband in 1608, Sibylla withdrew to Leonberg, where she commissioned the architect Heinrich Schickhardt to develop Schloss Leonberg and create the famous Pomeranzengarten (Orange Garden) in Renaissance style. In 1609 Schickhardt built a lakeside house not far from Leonberg (Seehaus Leonberg) that was used as a hunting lodge. Sibylla died in Leonberg 1614. 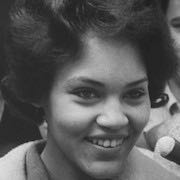 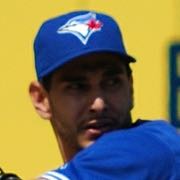