When his father died on 20 January 1986, Siale ʻAtaongo succeeded him to the traditional Tongan noble title of Tuʻivakanō. (literally: king of the borrowed boat). As customary in Tonga, since that time his baptismal name is no longer used, instead he is referred to as Tuʻivakanō (without any further qualification), or in more formal surroundings as ʻEiki nōpele Tuʻivakanō, nowadays translated in English as Lord (noble) Tuʻivakanō. To distinguish him from previous holders of the title, his original name can be added in parenthesis after his title.

Tuʻivakanō is the grandson of a former speaker of the Tongan Legislative Assembly, Siosiua Niutupuʻivaha Kaho, who was the younger brother of Tēvita Polutele Kaho (who also was a Tuʻivakanō, and better known as TP Tuʻivakano), the prime minister just one century ago.

Tuʻivakanō was educated in Tonga, New Zealand and the United Kingdom. He attended the Three Kings Primary School in Epsom. He then went on to Wesley College, Auckland, located in the small town of Paerata, outside of Pukekohe, South of Auckland. He was very successful at Wesley becoming Head Prefect, Athletics Champion and Captain of 1st XV. Tuʻivakanō's qualifications include a Teaching Diploma obtained in 1974 from Ardmore Teaching College, New Zealand. In 1991 he received a bachelor's degree with Honours in Political Science after three years of study at the Flinders University of South Australia.

Returning to Tonga following his study in New Zealand, Tuʻivakanō worked in teaching at the Tonga High School and trained in youth development in Malaysia and Singapore in 1980. Tuʻivakanō gained further experience in the Tongan education system appointed as Education Officer within the Ministry of Education in 1982. Between 1992 and 1996 Tu'ivakano became Senior Education Officer for Youth, Sport and Culture. During this period Tu'ivakano was involved with various Tongan Sporting organisations holding president roles with the Tonga National Rugby League, Tonga Sumo Association, Tonga National Taekwando Association and Vice presidency of the Tongan National Olympic Committee.

Tuʻivakanō was elected as a noble representative for the island of Tongatapu in the 1996 election. From July 2002 to 2004 he served as Speaker of the Tongan Legislative Assembly. During his term as Speaker Tu'ivakano was in charge of Legislative Assembly Reforms involving the Reorganization of the assembly, Standing Orders of the House and realignment of the Parliamentary Pensions Scheme in accordance with other Commonwealth Countries. In March 2005 he was appointed to Cabinet as Minister for Works. A reshuffle in May 2006 saw him holding the portfolios of Minister for Training, Employment, Youth and Sport.

Tuʻivakanō was re-elected as a noble representative for Tongatapu in the 2010 election.

On 21 December 2010 Tuʻivakanō was elected Prime Minister in a secret ballot. Following constitutional reforms, this was the first time the Prime Minister was elected by Parliament, rather than appointed by the monarch. The only other contender was people's representative ʻAkilisi Pohiva, leader of the Democratic Party of the Friendly Islands, which had twelve seats in Parliament (nine others being held by representatives of the nobility, and five by people's representatives with no party affiliation). Pohiva received twelve votes for the premiership, while Tuʻivakanō was duly elected with fourteen. He was sworn in on 22 December.

It was under Tuʻivakanō's premiership that Tonga became, in November 2011, a founding member of the Polynesian Leaders Group, a regional grouping intended to cooperate on a variety of issues including culture and language, education, responses to climate change, and trade and investment.

On 17 November 2011, Tuʻivakanō represented Tonga at the first meeting of the PLG, as Prime Minister in Apia, Samoa.

Since his election Tuʻivakanō has continued Tonga's cooperation with the regional power of Australia, which is home to some 18,000 Tongans. In early 2011 the Australian Parliamentary Secretary for Pacific Island Affairs Richard Marles visited Tonga on two occasions and was the first overseas politician to visit Tuʻivakanō since his election. In June 2011 Australian Senator John Hogg attended the opening of the Legislative Assembly of Tonga. In the period 2011-12 Australia Supplied the Tongan Government with A$32.1 million in Australian Overseas Development Assistance.

Following his loss to ʻAkilisi Pōhiva in the 2014 election, Tuʻivakanō was appointed Speaker of the Tongan Parliament.

In March 2018 Tuʻivakanō was arrested and charged with bribery, perjury and money laundering. 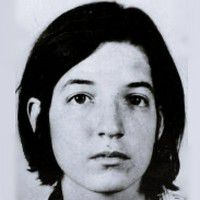