Shirley R. Steinberg is an educator, author, and public speaker whose work focuses on critical pedagogy and cultural studies. She has written and edited numerous books and articles about critical pedagogy, urban and youth culture, community studies, radical love, cultural studies,Islamophobia, and issues of race, class, gender, and sexuality. Steinberg is the Werklund Research Chair of Critical Youth Studies at the University of Calgary and is the executive director of the Freire Project freireproject.org. She has held faculty positions at Montclair State University, Adelphi University, Brooklyn College, The CUNY Graduate Center, University of Barcelona, and McGill University. Steinberg directed the Institute for Youth and Community Research at the University of the West of Scotland.

Steinberg worked at Peter Lang Publishing as the executive editor of education for twenty years, with Joe L. Kincheloe she create Counterpoints: Studies in the Postmodern Theory of Education, the largest book series on Education in publishing. She is a frequent media contributor to CJAD Radio, CBC Radio One, CTV, The Toronto Globe and Mail, The Canadian Press, and The Montreal Gazette.

Steinberg received two degrees from the University of Lethbridge, Alberta, Canada, a B.Ed in English language and arts education in 1987 and a M.Ed in 1991. In 1997, she received her Ph.D. in curriculum and instruction from Pennsylvania State University.

With her partner Joe L. Kincheloe, Steinberg founded The Paulo and Nita Freire International Project for Critical Pedagogy (freireproject.org) at McGill University. After Kincheloe's death, the project transformed into a digital archive of global initiatives on critical pedagogy. Steinberg presently serves as the project's executive director.

Steinberg is the Editor-in-Chief of The International Journal of Critical Pedagogy and with Kincheloe, a founding editor and now consulting editor of Taboo: The Journal of Culture and Education.

She was the founding director of The Werklund Foundation's Youth Leadership Centre (YLC) that was launched in the Werklund School for Education at the University of Calgary in from July 2011-March 2014.

Steinberg has been recognized for her teaching and scholarship in the field of education and for her mentorship of students and colleagues. In 1997, Steinberg and co-editors Joe L. Kincheloe and Aaron D. Gresson III received the Gustavus Myers Outstanding Book Award from the Gustavus Myers Center for the Study of Bigotry and Human Rights for their book Measured Lies: The Bell Curve Examined.

In 1999, she received the Adelphi University Woman of Distinction award. The University of Lethbridge's Alumni Association recognized Steinberg as the Distinguished Alumna of the Year in 2006.

Critical Multiculturalism is a pedagogy focused on the intersection of power, identity and knowledge. Steinberg laid out its framework in her 2001 book, Multi/Intercultural Conversations, though Kincheloe and Steinberg introduced the concept in their 1997 book, Changing Multiculturalism. In a 1998 review, Dr. Stephen Bigger writes, "'Different ways of seeing' could be a powerful concept to underpin a challenging and transformative curriculum, encouraging 'learning from difference'." He explains further:

Multiculturalism, a problematic term, is clarified into a position called ‘critical multiculturalism’, described with approval inasfar as it explores ‘the way power shapes consciousness’...Race, gender and class are seen as linked as forms of oppression rooted in social and economic structures. These forces of oppression play out in the classroom, through which pupils construct their own understandings, sense of identity and aspirations...We can view the classroom as ‘a central site for the legitimization of myths, lies and silences about non-white, lower socio-economic class and other marginalized individuals’.

Steinberg's courses revolve around the critical pedagogical approach to media, as defined in a recent book co-edited with Donaldo Macedo:Media Literacy: A Reader. Central is the notion that social, cultural, and political forces affect human agency. According to the publisher's website, the authors' conception of media literacy, "analyzes the ways our everyday decisions are encoded and inscribed by emotional and bodily commitments relating to the production of desire and mood, all of which leads, in Noam Chomsky’s famous phrase, to the 'manufacture of consent.'"

Steinberg and Kincheloe introduce their notion of "kinderculture" in Kinderculture: The Corporate Construction of Childhood (Westview Press 1997), an edited collection of essays focusing on the social construction of childhood in contemporary America. According to Steinberg and Kincheloe, "our society's most influential pedagogues are no longer classroom teachers" or parents. Instead, large corporations become pedagogues, using mass media and popular culture (such as television, films, and video games) to culturally socialize the postmodern child. In their introduction, "No More Secrets - Kinderculture, Information Saturation, and the Postmodern Child," the pair provide a name for this corporate construction of children's culture: kinderculture.

Steinberg and Kincheloe point out that corporations use various forms of kinderculture such as Barbie dolls, Disney movies, horror novels, and educational television programs "to inject their teachings into the fantasies, desires, and consumptive practices of contemporary children." Corporations recognize that children and parents have different tastes and "exploit" these differences in order to both make a profit and (re)produce targeted cultural images and ideologies.

The edited collection includes Steinberg's chapter, "The Bitch who has Everything," where she analyzes how Barbie and Mattel's messaging around Barbie impact young girls' lives.

Critics point out two shortcomings of Steinberg and Kincheloe's work: the (mostly) homogenous make-up of the collection's contributors and its bias toward an audience of teachers and parents of middle-class children. While many of the essays address the role race, class and gender play in the construction of kinderculture, they do not focus on how children of color/less-privileged children fit into this scheme of corporation consumption.

In their 1996 work, Measured Lies: The Bell Curve Examined, Steinberg and Kincheloe write that "post-formal thinking about thinking involves our ability to engage in ideological disembedding, the ability to remove ourselves from socio-interpersonal norms and expectations...post-formal thinkers engage in a running meta-dialogue, a constant conversation with self." In 1999, Steinberg and Kincheloe teamed with Patricia H. Hinchey to write The Post-Formal Reader : Cognition and Education, and Kincheloe continued to develop this idea for the next several decades. 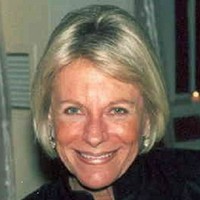 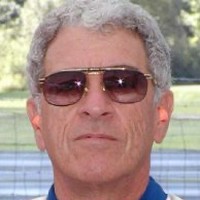 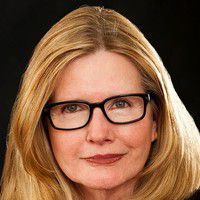 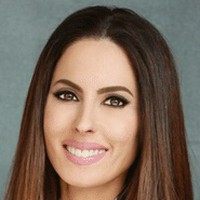 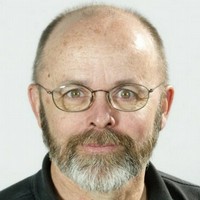