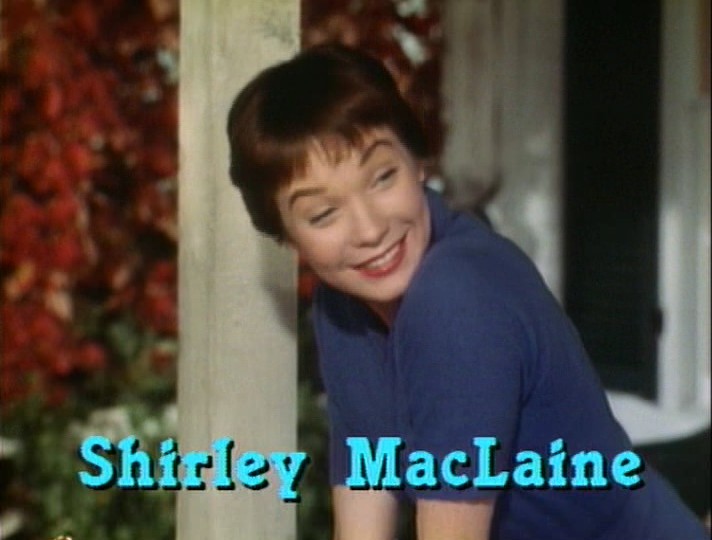 Shirley MacLaine (born Shirley MacLean Beaty; April 24, 1934) is an American film, television and theater actress, singer, dancer, activist and author. An Academy Award winner, MacLaine received the 40th AFI Life Achievement Award from the American Film Institute in 2012, and received the Kennedy Center Honors for her lifetime contributions to American culture through the performing arts in 2013. She is known for her New Age beliefs, and has an interest in spirituality and reincarnation. She has written a series of autobiographical works that describe these beliefs, document her world travels, and describe her Hollywood career.

A six-time Academy Award nominee, MacLaine received a nomination for Best Documentary Feature for The Other Half of the Sky: A China Memoir (1975), and Best Actress nominations for Some Came Running (1958), The Apartment (1960), Irma la Douce (1963), and The Turning Point (1977), before winning Best Actress for Terms of Endearment (1983). She twice won the BAFTA Award for Best Foreign Actress, for Ask Any Girl (1959), and The Apartment (1960); and won an Emmy Award for Outstanding Comedy-Variety or Music Special for the 1976 TV special, Gypsy In My Soul. She has also won five competitive Golden Globe Awards and received the Golden Globe Cecil B. DeMille Award at the 1998 ceremony.

Named after Shirley Temple (who was 6 years old at the time), Shirley MacLean Beaty was born in Richmond, Virginia. Her father, Ira Owens Beaty, was a professor of psychology, public school administrator, and real estate agent, and her mother, Kathlyn Corinne (née MacLean), was a drama teacher, originally from Wolfville, Nova Scotia, Canada. MacLaine's younger brother is the actor, writer and director Warren Beatty; he changed the spelling of his surname when he became an actor. Their parents raised them as Baptists. Her uncle (her mother's brother-in-law) was A. A. MacLeod, a Communist member of the Ontario legislature in the 1940s. While MacLaine was still a child, Ira Beaty moved his family from Richmond to Norfolk, and then to Arlington and Waverly, eventually taking a position at Arlington's Thomas Jefferson Junior High School. MacLaine played baseball in an all-boys team, holding the record for most home runs which earned her the nickname "Powerhouse". During the 1950s, the family resided in the Dominion Hills section of Arlington.

As a toddler she had weak ankles and would fall over with the slightest misstep, so her mother decided to enroll her in ballet class at the Washington School of Ballet at the age of three. This was the beginning of her interest in performing. Strongly motivated by ballet, she never missed a class. In classical romantic pieces like Romeo and Juliet and The Sleeping Beauty, she always played the boys' roles due to being the tallest in the group and the absence of males in the class. Eventually she had a substantial female role as the fairy godmother in Cinderella; while warming up backstage, she broke her ankle, but then tightened the ribbons on her toe shoes and proceeded to dance the role all the way through before calling for an ambulance. Ultimately she decided against making a career of professional ballet because she had grown too tall and was unable to acquire perfect technique. She explained that she didn't have the ideal body type, lacking the requisite "beautifully constructed feet" of high arches, high insteps and a flexible ankle. Also slowly realizing ballet's propensity to be too all-consuming, and ultimately limiting, she moved on to other forms of dancing, acting and musical theater.

She attended Washington-Lee High School, where she was on the cheerleading squad and acted in school theatrical productions. The summer before her senior year, she went to New York City to try acting on Broadway, and had some success. After she graduated, she returned and within a year became an understudy to actress Carol Haney in The Pajama Game; Haney broke her ankle, and MacLaine replaced her. A few months after, with Haney still injured, film producer Hal B. Wallis saw MacLaine's performance, and signed her to work for Paramount Pictures. She later sued Wallis over a contractual dispute, a suit that has been credited with ending the old-style studio star system of actor management. MacLaine in her debut film The Trouble with Harry (1955)

MacLaine made her film debut in Alfred Hitchcock's The Trouble with Harry (1955), for which she won the Golden Globe Award for New Star of the Year – Actress. This was quickly followed by her role in the Martin and Lewis film Artists and Models (also 1955). Soon afterwards, she had a role in Around the World in 80 Days (1956). This was followed by Hot Spell and a leading role in Some Came Running (both 1958); for the latter film she gained her first Academy Award nomination and a Golden Globe nomination. Her second Oscar nomination came two years later for The Apartment (1960), starring with Jack Lemmon. The film won five Oscars, including Best Director for Billy Wilder. She later said, "I thought I would win for The Apartment, but then Elizabeth Taylor had a tracheotomy." She starred in The Children's Hour (1961) also starring Audrey Hepburn and James Garner, based on the play by Lillian Hellman and directed by William Wyler. She was again nominated, this time for Irma la Douce (1963), which reunited her with Wilder and Lemmon. Don Siegel, her director on Two Mules for Sister Sara (1970) said of her: "It's hard to feel any great warmth to her. She's too unfeminine and has too much balls. She's very, very hard." At the peak of her success, she replaced Marilyn Monroe in Irma la Douce and What a Way to Go! (1964). Other films from this period include Gambit (1966), with Michael Caine, and the film version of the musical Sweet Charity (1968), based on the script for Fellini's Nights of Cabiria released a decade earlier.

MacLaine's documentary film The Other Half of the Sky: A China Memoir (1975), co-directed with Claudia Weill, concentrates on the experiences of women in China. It was nominated for the year's Documentary Feature Oscar. Co-starring with Anne Bancroft in The Turning Point (1977), MacLaine portrayed a retired ballerina much like herself; she was nominated for an Oscar as the Best Actress in a Leading Role. In 1978, she was awarded the Women in Film Crystal Award for outstanding women who, through their endurance and the excellence of their work, have helped to expand the role of women within the entertainment industry. In Being There (1979), she appeared with Peter Sellers. In a short-lived MacLaine television sitcom, Shirley's World (1971–72), co-produced by Sheldon Leonard and ITC and shot in the United Kingdom, she was cast as a photojournalist.

MacLaine starred in A Change of Seasons (1980) alongside Anthony Hopkins, and won the Best Actress in a Leading Role Oscar for Terms of Endearment (1983), playing Debra Winger's mother. She won a Golden Globe for Best Actress (Drama) for Madame Sousatzka (1988).

She has continued to star in major films, such as Steel Magnolias with Sally Field, Julia Roberts and other stars. In 2000 she made her feature-film directorial debut and starred in Bruno, which was released to video as The Dress Code. MacLaine has starred in Postcards from the Edge (1990) with Meryl Streep, playing a fictionalized version of Debbie Reynolds from a screenplay by Reynolds's daughter, Carrie Fisher; Used People (1992) with Jessica Tandy and Kathy Bates; Guarding Tess (1994) with Nicolas Cage; Mrs. Winterbourne (1996), with Ricki Lake and Brendan Fraser; Rumor Has It… (2005) with Kevin Costner and Jennifer Aniston; In Her Shoes (also 2005) with Cameron Diaz and Toni Collette; and Closing the Ring (2007) directed by Richard Attenborough and starring Christopher Plummer.

MacLaine has also appeared in numerous television projects including an autobiographical miniseries based upon the book Out on a Limb; The Salem Witch Trials; These Old Broads written by Carrie Fisher and co-starring Elizabeth Taylor, Debbie Reynolds, and Joan Collins; and Coco, a Lifetime production based on the life of Coco Chanel. She appeared in the third and fourth seasons of the British drama Downton Abbey as Martha Levinson, mother to Cora, Countess of Grantham (played by Elizabeth McGovern) and Harold Levinson (played by Paul Giamatti) in 2012–2013.

In February 2016, it was announced that MacLaine will star in the live-action family film A Little Mermaid, based on the Hans Christian Andersen fairytale, to be produced by MVP Studios. MacLaine in Deauville, France, in September 1987

MacLaine was married to businessman Steve Parker from 1954 until their divorce in 1982; they have a daughter, Sachi. In April 2011, while promoting her new book, I'm Over All That, she revealed to Oprah Winfrey that she had had an open relationship with her husband. MacLaine also told Winfrey that she often fell for the leading men she worked with, with the exceptions of Jack Lemmon (The Apartment) and Jack Nicholson (Terms of Endearment).

MacLaine has also gotten into feuds with such notable co-stars as Anthony Hopkins (A Change of Seasons), who said that "she was the most obnoxious actress I have ever worked with," and Debra Winger (Terms of Endearment).

MacLaine has claimed that, in a previous life in Atlantis, she was the brother to a 35,000-year-old spirit named Ramtha channeled by American mystic teacher and author J. Z. Knight.

She has a strong interest in spirituality and metaphysics, the central theme of some of her best-selling books including Out on a Limb and Dancing in the Light. She has undertaken such forms of spiritual exploration as walking the Way of St. James, working with Chris Griscom, and practicing Transcendental Meditation.

Her well-known interest in New Age spirituality has also made its way into several of her films. In Albert Brooks's romantic comedy Defending Your Life (1991), the recently deceased lead characters, played by Brooks and Meryl Streep, are astonished to find MacLaine introducing their past lives in the "Past Lives Pavilion". In Postcards from the Edge (1990), MacLaine sings a version of "I'm Still Here", with customized lyrics created for her by composer Stephen Sondheim. One of the lyrics was changed to "I'm feeling transcendental – am I here?" In the television movie These Old Broads, MacLaine's character is a devotee of New Age spirituality.

She has an interest in UFOs, and gave numerous interviews on CNN, NBC and Fox news channels on the subject during 2007–8. In her book Sage-ing While Age-ing (2007), she described alien encounters and witnessing a Washington, D.C. UFO incident in the 1950s. In the April 2011 edition of the Oprah show MacLaine stated that she and her neighbor observed numerous UFO incidents at her New Mexico ranch for extended periods of time.

MacLaine is godmother to the daughter of former Democratic U.S. Representative Dennis Kucinich.

Along with her brother, Warren Beatty, MacLaine used her celebrity status in instrumental roles as a fundraiser and organizer for George McGovern's campaign for president in 1972. That year, she authored the book McGovern: The Man and His Beliefs.

On February 7, 2013, Penguin Group USA published Sachi Parker's autobiography Lucky Me: My Life With – and Without – My Mom, Shirley MacLaine. MacLaine has called the book "virtually all fiction".

In 2015, she sparked criticism for her comments on Jews, Christians, and Stephen Hawking. In particular she claimed that victims of the Nazi Holocaust were experiencing the results of their own karma, and suggested that Hawking subconsciously caused himself to develop ALS as a means to focus better on physics.

MacLaine was awarded the Kennedy Center Honors for lifetime contributions to American culture through the performing arts in December 2013. She also has a star on the Hollywood Walk of Fame at 1617 Vine Street and in 1999 was awarded the Honorary Golden Bear at the 49th Berlin International Film Festival, and her likeness has been sculpted in wax for Madame Tussauds Las Vegas.

In 2011, the government of France made her a Chevalier de la Legion d'honneur.

In the 2017 Oscars Award Show, she presented the best Foreign Language Film of the year, as well as received a segment on her work in The Apartment. 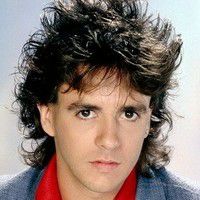