Shin graduated at Shinmok Highschool. After highchool she went to Chung-Ang University to study Performing Arts.

Shin made her entertainment debut at eight years old in 1998 when she was featured on the cover and poster for Seo Taiji's solo album Take Five. As a child actress, she also appeared in the children's show Ppo Ppo Ppo ("Kiss Kiss Kiss") and 2005 historical drama Toji ("Land").

After a small part in My Little Bride, she subsequently had starring roles in Cinderella, Acoustic and the segment "Believe in the Moment" in Five Senses of Eros, as well as a well-received turn as the younger version of Princess Cheonmyeong in Queen Seondeok. Shin failed to gain a large following until her breakthrough role as a housemaid on the second season of the popular TV sitcom High Kick! in 2009. In 2010 she filmed a seven-episode arc for the reality show series I'm Real which profiled her everyday life while vacationing in Hawaii.

Building on her sitcom fame, Shin signed on to numerous television commercials and print advertisement and even made her as one of the most sought celebrity endorser. Lead roles in high-profile acting projects followed, among them film noir Hindsight with Song Kang-ho, the highly rated historical drama Deep Rooted Tree with Jang Hyuk and Han Suk-kyu, and aerial action film R2B: Return to Base with Rain.

However, Shin's next project Fashion King (2012) was poorly received by audiences, particularly its controversial ending.

Shin then released her first digital single, "You Were Sweet," which she recorded to promote a coffee franchise she models for. A former singer trainee in middle school, Shin has also contributed songs to the soundtrack of Hindsight, the charity album Love Tree Project, and did her own singing in showcase piece Acoustic. In 2012, she recorded a Christmas carol duet with Epitone Project.

Shin returned to television in the 2013 melodrama When a Man Falls in Love opposite Song Seung-heon, but she received criticism from viewers for her passive character. The same year Shin was choosen as the first ever korean representative celebrity muse for Guess watches In 2014, she played a more "bold and confident" role in the gambling film Tazza: The Hidden Card, followed by the fantasy-action series Blade Man.

In a break from her usual dramatic roles, Shin played an aspiring comedian in the webtoon adaptation The Girl Who Sees Smells in 2015 as the titular character, her supernatural ability to visualize scents is tapped to catch a serial killer.Despite of just average ratings the drama manage to top Contents Power Index (CPI) rankings for the most influential dramas. Shin then reunited with Fashion King costar Yoo Ah-in in Six Flying Dragons (2015-2016), where both actors won 4 awards for their great performance. Its another period drama from the screenwriters of Deep Rooted Tree.

In 2017, Shin starred in tvN's fantasy-romance drama The Bride of Habaek alongside Nam Joo-hyuk.

On October 20, 2010, Shin and popular boy band SHINee member Jonghyun were spotted dating by a local news outlet; their agencies confirmed the relationship on October 26. After nine months of dating, Shin and Jonghyun broke up in June 2011, citing their busy schedules. 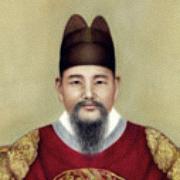 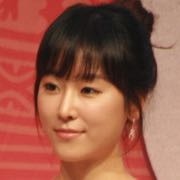