Sherry Carter is an American cable television personality who is best known for her work on the BET network during the 1990s and early 2000s.

Carter was born in Milwaukee, Wisconsin and raised in Cleveland Heights, Ohio. She is a graduate of Miami University (Ohio) with a bachelor of arts degree in Communications and a minor in Fine Arts.[

Carter began her broadcasting career by appearing in television commercials which included a national spot for Mr. Coffee, working alongside baseball legend Joe DiMaggio. She later hosted the Ohio lottery drawing and co-hosted Soul Soundtraxx, a music video show that aired in Cleveland, Ohio. Arsenio Hall was among Carter's many co-hosts on the show.

Her background also includes work on radio as a morning drive anchor, public affairs show host and on-air personality at WJMO-AM and as a news reporter at WGAR-FM, both in Cleveland. She later joined the QVC Home Shopping Network (based in West Chester, Pa.) as an on-air talent, advertising the network's merchandise. Prior to beginning her broadcasting career, Carter worked as a sales representative for a publishing company. She later began modeling at the suggestion of a photographer who approached her at a fashion show. After a brief and successful stint modeling freelance, she decided to pursue it as a full-time career, resigning her job at the publishing firm, to work for the Midwestern-based firm David and Lee.

Carter first received national recognition in her career as the host of Video LP, a live, viewer call-in music video program on BET. She is credited as the first female VJ on BET.  Her bubbly, vibrant presence as host of the show garnered her many fans over the time she helmed Video LP from 1986 to 1994. Her interview style during that time warmed her guests into discussing the details of their music career and current projects. She often shared stories of her experiences that related to the topic the artist was discussing. This warmth also carried over to her youthful callers, from whom she would coax details about their opinions of the music featured on Video LP. During one Video LP episode, guest Gladys Knight admitted that she remembered Carter from a previous interview that occurred years prior, testifying to Carter’s effectiveness as a celebrity interviewer.

Also of note during her stint as host of Video LP were the fashion statements she made in each episode. Her audience looked forward to the outfits that she and her stylist(s) put together for her to wear during each show, which helped define a niche for Video LP.

In 1992, Carter was tapped to co-host the BET flagship program, Video Soul, with Donnie Simpson after his former co-host, Sheila Banks, moved to This Week in Black Entertainment. Carter held this position until 1997.

Carter continued to provide her hosting skills to BET since leaving Video Soul by segueing to BET’s sister channel, BET On Jazz, to host Jazz Scene, as the new cable channel was being established. Her current affiliations with BET or other career activities are unknown. 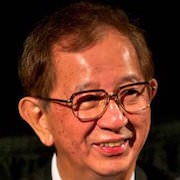 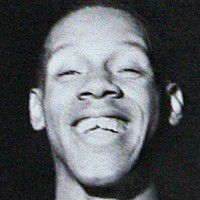