Sherin Khankan (born Ann Christine Khankan; 13 October 1974) is Denmark's first female imam who has led the foundation of a women-led mosque in Copenhagen. She is also an activist on Muslim issues including female integration and extremism, and has written numerous texts discussing Islam and politics.

Khankan was born in Denmark in 1974, to a Syrian father and a Finnish mother. Her father was a political refugee and a feminist. Khankan studied in Damascus and returned to Denmark in 2000. She sees herself as being born between two worlds and considers her goal to reconcile opposites.

She holds a Masters in Sociology of Religion and Philosophy from the University of Copenhagen.

Khankan led the foundation of the Mariam Mosque in Copenhagen. The mosque differs from other Danish mosques because it is led by women. Normally, women would watch religious ceremonies from a balcony. Similar women-led mosques exist in the US, Canada, and Germany but, in Denmark, this was novel. Khankan founded Critical Muslims, an organisation to link religion and politics. In 2007, she published a book titled Islam and Reconciliation - A Public Matter.

Khankan notes that Christianity, Jewish, and Muslim institutions have become patriarchal, and she sees women-run mosques as a challenge to this tradition. She has had some moderate opposition but, in general, she says the reception has been supportive. The mosque opened in February 2016 and held its first formal service that August. Khankan gave the call to prayer and 60 women gathered above a fast food shop. Another imam, Saliha Marie Fetteh, took the service where she spoke on the subject of women and Islam. The new mosque has conducted several weddings. The mosque marries couples of different religions, which some mosques will not allow.

She stood for parliament as a candidate for the Danish Social Liberal Party.

Khankan has two daughters and two sons. She is divorced.

The contents of this page are sourced from Wikipedia article on 24 Jun 2020. The contents are available under the CC BY-SA 4.0 license.
View Sherin Khankan 's image gallery
Image Gallery 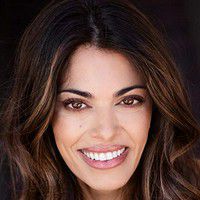