Shelby Houlihan (born February 8, 1993) is an American middle distance runner. A 12-time All-American at Arizona State University, she was the NCAA 1500m champion in 2014 and made the final in the 5000m at the 2016 Summer Olympics. Houlihan is the American record holder at both 1500 meters and 5000 meters.

Shelby Houlihan was born in Sioux City, Iowa. Her mother and uncle were both competitive runners, as well as her half-sister.

Houlihan attended East High School in Sioux City. She held high school personal records of 4:43.64 in the one mile run, 2:07.35 in the 800 meter run, and 4:26.39 in the 1500 meter run. She was the 2011 Iowa Gatorade Player of the Year awards Girls Track and Field Runner of the Year and the 2010 Iowa Gatorade Player of the Year awards Girls Cross Country Runner of the Year. She claimed eight Drake Relays crowns, while also earning the title of Drake Relays Outstanding Female High School Performer for being the first female athlete from a high school to win three events in one year. Houlihan graduated from East in 2011.

Houlihan was a 12-time NCAA Division I All-American, the second most in Arizona State history, and a NCAA Track champion. She holds Arizona State Sun Devils school records in the 800 meters, 1500 meters, one mile, and 3000 meters.

Houlihan began competing for Nike and the Bowerman Track Club under coach Jerry Schumacher in 2015. She was among seven women who were trained by Schumacher who made it to the Olympics. Houlihan said of her teammates, "After watching all of my teammates make the team, I knew that I could do the same. The prelim felt very easy and gave me a lot of confidence going into the final. I thought the final would most likely be much faster, but I knew I was fit and capable of handling a fast pace." She also stated, "It's just amazing to have teammates be able to push me everyday. It's something I've never had before. Even that has put me above and beyond what I've done before. Obviously I made the right decision for me."

Houlihan qualified for the 2014 North American, Central American and Caribbean Athletic Association Championship in Kamloops, British Columbia, Canada where Houlihan won gold in the 800 meters in 2:03.00 ahead of Rachel Francois and Jenna Westaway.

Houlihan qualified for the 2016 Summer Olympics in the women's 5000 meters after finishing second in the US trials to Molly Huddle. When she finished the race, Houlihan cried. Houlihan said of the moment, "I've been working for that moment my entire life and for it all to come together and happen was one of the most amazing experiences of my life".

Houlihan placed fourth in her heat in the 5000 m preliminary at the Olympics, qualifying her for the final. Houlihan placed 11th in the 5000m final with a time of 15:08.89, finishing as the highest-placing American. After the race, she said, "“I didn’t place as high as I wanted to, and I’ve got to take that as a learning step and just try to move forward and make me stronger. I wouldn’t have guessed I’d be doing the 5K this year. Ideally I’d like to stick with it. Once I get the (mileage) volume up and get more aerobically strong, I’m going to be even more of a threat. I’m excited to see where that could take me.”

Houlihan's hometown minor league hockey team, the Sioux City Musketeers, honored her after the Olympics with an ovation and ceremonial first puck.

Houlihan placed second in the 1500 m at the 2018 IAAF Continental Cup.

At the 2019 World Outdoor Championships, Houlihan set a personal best and new American record of 3:54.99 in the final of the 1500m, finishing in 4th place.

The contents of this page are sourced from Wikipedia article on 18 Aug 2020. The contents are available under the CC BY-SA 4.0 license.
View Shelby Houlihan 's image gallery
Image Gallery 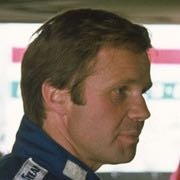 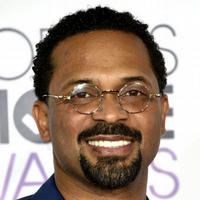