Sheilah Wells (born 23 August 1941) is an American film and television actress, best known for her role as "Claire" in the 1980 hit film The Blues Brothers.

Sheilah Wells was born on August 23, 1941, in New York City, New York. In her childhood, she moved to Washington state with her family, where she learned acting and also made short films with her friends.

Sheilah Wells made her silver screen debut in 1963 with a supporting role in director Don Sharp's horror film The Kiss of the Vampire. 1965 saw her television debut as "Lucille Carver" in the "Six Graves at Cripple Creek" episode of the TV series The Virginian. In the same year, she landed the recurring role of "Dr. Frankie Warren" in the hit television series Dr. Kildare. She was seen in six episodes, starting with The Bell in the Schoolhouse Tolls for Thee, Kildare (aired 27 September 1965) to A Pyrotechnic Display (aired 18 October 1965).

After The Blues Brothers, Wells was seen on the screen only once, in the 1990 episode titled "An Obtuse Triangle" of the TV series Grand. After the role, she retired in Washington state.

Wells was friends with the known American actress/model Sharon Tate. They met through Tate's agent, Hal Gefsky, at Puppi's coffee shop on Sunset Strip in the 1960s and became best friends, even sharing an apartment on North Clark Street in West Hollywood. Tate introduced Wells to her future husband, actor Fred Beir. Beir had also appeared in a 1960 episode of Bonanza, though not the episode in which Wells portrayed the characters of "Marie Landis" or "George Blessing." The two were married from 15 January 1967 until the divorce in 1969.

Wells gave birth to her daughter Amanda Tate Beir on March 16, 1969. She gave her the middle name of "Tate" after her friend Sharon Tate.

To cite the article
Citation
We strive for accuracy and fairness. If you notice a mistake, please contact us. Below the article, you will find links to the references used.
comments so far.
Comments
Reference sources
References
https://www.imdb.com/name/nm0920420/
tarnishedlady.typepad.com
https://web.archive.org/web/20190620151857/https://tarnishedlady.typepad.com/tarnishedlady/2006/04/beautiful_sharo.html
glamourgirlsofthesilverscreen.com
https://web.archive.org/web/20190227043615/http://www.glamourgirlsofthesilverscreen.com/show/520/Sharon+Tate/index.html
facebook.com
https://web.archive.org/web/20200714021501/https://www.facebook.com/tatebooks.georgesmith/photos/sharon-tate-remembered-by-sheilah-wellsin-all-the-thousands-of-words-that-have-b/1171483956335091/
Trending today in 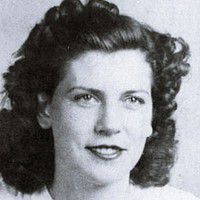