Sheila Legge (née Chetwynd Inglis; c. 1911 – 5 January 1949) was a Surrealist performance artist. Legge is best known for her 1936 Trafalgar Square performance for the opening of London International Surrealist Exhibition, posing in an ensemble inspired by a Salvador Dalí painting, with her head completely obscured by a flower arrangement.

Sheila Legge was born Sheila C. Chetwynd Inglis in 1911 in Penzance, Cornwall, England, the daughter of Lieutenant James Arthur Chetwynd Inglis of the Scottish Highland Light Infantry, 4th Battalion and Ida Evelyn Kerr, a Scot, from Melbourne, Australia. Her father was the only child of Major James Argyll Spalding Inglis, commissioner of Nicosia and the grandson of Dr. James Inglis, a distinguished Scottish medical doctor and author. Through her father, Legge was a member of the Smalls of Dirnanean, a Perthshire family that included Legge's direct ancestors, Charles Spalding, improver of the diving bell, and James Small, factor of the forfeited Robertson estates after Culloden.

Prior to the start of World War I, Legge's family, which now included an additional daughter, was living in Tahiti where Legge's father was working as a mining engineer. Upon hearing of the outbreak of the war, Legge's father returned to Scotland and rejoined his battalion from the Boer War. In March 1915, while his wife was serving as a nurse in France, Legge's father joined the 1st Battalion Seaforth Highlanders. Within days of arriving at the regiment's headquarters, Legge's father was killed in the trenches of Flanders on 9 May 1915.

Little is known about Legge's life after her father died, except for the numerous passenger lists detailing the family's world travels. On 1 January 1919 Legge's mother, who at the time was listed as a YMCA worker, married John Sharpe Sutherland at the British Consulate in Cairo, Egypt.

In the early part of 1934 in Kensington, Legge married her first husband, Rupert Maximilian Faris Legge. Already pregnant at the time of her marriage, Legge gave birth to a son in April of that year. The marriage ended within the year and the couple placed their child to be raised by family friends.

In 1935, Legge wrote to David Gascoyne expressing her fondness for his book A Short Survey of Surrealism and offering to help organize a Surrealist group in England. At the time Legge was living in a bedsit in Earl's Court in central London. Gascoyne made arrangements to meet Legge, and later described her as "a warm, good-natured, intelligent, frustrated young woman" with an "eagerness for experience" and "a genuinely keen curiosity" about contemporary culture", "especially surrealism." Gascoyne also noted that she was fluent in French, "able to read Raymond Roussel in the original."

Art historians differ in their opinions as to when Gascoyne and Legge met. Some believe Gascoyne recruited Legge for his "Surrealist Phantom" exhibit for the 1936 London International Surrealist Exhibition only a few days before the exhibit was to open. While others believe Legge participated in the planning of the exhibit. The latter scenario is more likely, as Legge was already moving in Surrealist circles, having her portrait sketched by Man Ray in March 1936. and Legge is seated in the front row of the group photo of the organizers of the London exhibition.

Gascoyne, whatever the level of collaboration with Legge, was instrumental in transforming her into a walking "Surrealist Phantom", the living embodiment of a Salvador Dalí painting, that the Surrealist group would use to draw attention to the opening of the exhibit. The ensemble chosen for the exhibition was a white, drop tail hemmed wedding dress designed by the Motley Theatre Design Group and accessorized with sheer black evening gloves, coral-coloured shoes and a belt. Obscuring Legge's entire head was a mask of roses from a Mayfair florist.

On the opening day of the 1936 International Surrealist Exhibition, Gascoyne led Legge, dressed as the "Surrealist Phantom", to Trafalgar Square. Once there, Legge stood in front of the Trafalgar lions as Claude Cahun took photographs, as pigeons began to perch on her outstretched arms. From Trafalgar Square the group headed up the Haymarket and Piccadilly to the New Burlington Galleries. As André Breton gave remarks to officially open the exhibition, Legge wandered through the gallery crowds carrying a prosthetic leg with a silk stocking on it as a prop. Some accounts also have her carrying a raw pork chop, that she later abandoned after it began to smell.

Legge's contribution to the Surrealist movement appears to be limited to a few years in the 1930's. Legge would appear in several promotional newspaper articles for the London International Surrealist Exhibition, and would grace the cover of the fourth issue of the International Surrealist Bulletin dressed as the "Phantom Surrealist" in September 1936. Legge's Surrealist poem, I Have Done My Best For You, appeared in the December 1936 edition of Contemporary Poetry and Prose. In 1937, Legge participated in the surrealist objects show at the London Gallery, and E. L. T. Mesens wanted to hire her as the secretary for his London Gallery in 1938.

An attractive woman with long blonde hair, Legge has often been relegated to the role of a "surrealist groupie" by various art historians who have identified her as a possible lover of David Gascoyne, Dylan Thomas and Rene Magritte. Legge's more noteworthy contribution is undoubtedly her performance as the "Surrealist Phantom" at the 1936 International Surrealist Exhibition, making Legge among the most photographed surrealist artists of all time.

Legge met John Lodwick in Orange, Vichy France on 13 January 1942 while Lodwick was working on his first novel, Running to Paradise, which he dedicated to her when it was published in 1943. By 1945, Legge and Lodwick were living in Cornwall, England with their two children, with Legge working as a book collector.

Legge died 5 January 1949 while living at Villa Boramar in Banyuls-sur-Mer, Pyrénées-Orientales, France and was buried in the Cimetière Communal de Banyuls-sur-Mer there. The cause of death was pleurisy and pneumonia. Legge's will was probated in England in 1952 under the name Sheila Lodwick.

The 1936 Man Ray sketch of Legge, entitled "Sheila", was included in an April 1970 exhibit at the Centre Georges Pompidou entitled The Ballad of The Ladies Out of Time. The exhibit included a series of fourteen etchings accompanied by text from André Breton from 1934.

In 2016, a theater group in New York City included Legge as a character in a play based on parts of Rene Magritte's life, entitled, A Journey Through The Mind Of The Surrealist Painter. 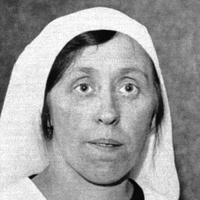