Sheela Patel (born 1952) is an activist and academic involved with people living in slums and shanty towns.

In 1974, Patel received her Masters in Social Work from the Tata Institute of Social Sciences in Mumbai. She was then involved with a community centre called the Nagpada Neighbourhood House.

With Prema Gopalan, Patel is the founding director of the Society for the Promotion of Area Resource Centres (SPARC), which she set up in Mumbai in 1984 as an advocacy group for the pavement dwellers of Mumbai. SPARC continues to this day to play a major role in the politics of slum development in India and throughout the Third World. In 2000, SPARC was the recipient of the United Nations Human Settlement Award.

She has founded the Asian Coalition for Housing Rights, the Asian Women and Shelter Network and Swayam Shikshan Prayog (SSP), an organisation that works with women's collectives in more than 600 villages in Maharashtra.

Patel is also a founder and current chairperson of Slum Dwellers International, a network of community-based organisations in 33 countries spanning Africa, Asia, Latin America and the Caribbean.

The contents of this page are sourced from Wikipedia article on 10 Apr 2020. The contents are available under the CC BY-SA 4.0 license.
comments so far.
Comments
Reference sources
References
https://www.edx.org/bio/sheela-patel
https://web.archive.org/web/20060728174354/http://topics.developmentgateway.org/urban/sdm/previewDocument.do~activeDocumentId=1001444?activeDocumentId=1001444
http://articles.timesofindia.indiatimes.com/2011-01-25/india/28360438_1_theatre-padma-shri-award-winners
https://doi.org/10.1177/0956247815617440
https://www.alliancemagazine.org/feature/supporting-data-collection-by-the-poor/
Trending today in 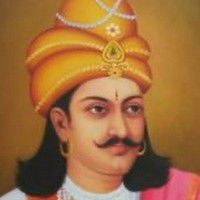 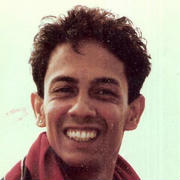