Shelby Fredrick "Sheb" Wooley (April 10, 1921 – September 16, 2003) was an American actor and singer, best known for his 1958 novelty song "The Purple People Eater." He played Ben Miller, brother of Frank Miller, in the film High Noon; played Travis Cobb in The Outlaw Josey Wales; and also had a co-starring role as scout Pete Nolan in the television series Rawhide. Additionally, Wooley recorded a series of novelty songs under the name Ben Colder, notably a #6 country hit "Almost Persuaded No. 2".

Wooley is also credited as the voice actor who produced the Wilhelm scream sound effect.

Sheb Wooley was born in 1921 in Erick, Oklahoma, the third son of William C. Wooley and Ora E. Wooley. He had two older brothers, Logan and Hubert, as well as a younger brother, William. Federal census records for 1930 and 1940 identify Sheb's father only as a "Farmer", although the family's livestock holdings apparently included horses, for Sheb learned to ride at an early age and became a working cowboy and later an accomplished rodeo rider. At the age of 15, with a talent for music, he formed and played in a country-western band, the "Plainview Melody Boys," that periodically performed on radio at station KASA in Elk City, Oklahoma.

Wooley married for the first time in 1940. His bride was 17-year-old Melva Miller, a cousin of Roger Miller, who would later become a successful song writer and actor himself. Though born in Texas, Roger Miller grew up in Oklahoma, qualifying him as another one of the Sooner State's "musical sons". Wooley became friends with his wife's young cousin when he lived in Oklahoma. He taught Roger how to play guitar chords and bought the boy his first fiddle.

When the United States' entered World War II, Sheb tried to enlist in the military, but he was not accepted to serve due to his numerous rodeo injuries. Instead, in the early 1940s he worked in the oil industry and as a welder. Wooley in 1946 moved to Fort Worth, Texas, where he earned a living as a country-western musician recording songs and traveling for three years with a band throughout the South and Southwest. In Fort Worth he also married for the second time, then to Edna Talbott Bunt, a young widow with an infant son named Gary In 1950, Sheb, Edna, and his step-son left Texas, moving to Hollywood, where Wooley hoped to establish himself as an actor or singer in films or in the new, rapidly expanding medium of television.

Acting career and later success as a singer

Wooley appeared in dozens of Western films from the 1950s through 1990s. In 1950, he appeared in Rocky Mountain with such veteran actors as Errol Flynn and Slim Pickens. In 1952 he played the role of the outlaw Ben Miller in High Noon.

He appeared in a 1953 episode of The Lone Ranger titled "Wake of War"; and he performed again on that series the following year in the episode "Message to Fort Apache". He also appeared five times between 1951 and 1955 in the syndicated series The Adventures of Kit Carson. He guest-starred as well in The Cisco Kid in the role of Bill Bronson, portrayed the character Harry Runyon in the episode "The Unmasking" on the CBS Western My Friend Flicka, and appeared twice on the ABC Western series The Life and Legend of Wyatt Earp. In 1957 Wooley appeared as Shev Jones in the TV western Cheyenne in the episode titled "The Iron Trail." Wooley acted too on the "big screen," playing Baxter in the 1958 film Terror in a Texas Town.

Wooley's big break professionally came when he was cast as the drover Pete Nolan in the CBS western Rawhide (1959–1966) with Eric Fleming, Clint Eastwood, and Paul Brinegar. During that time Sheb also wrote and directed some of the episodes. He also continued to act in major films, including Giant, The Outlaw Josey Wales, Silverado, and in Hoosiers starring Gene Hackman, Barbara Hershey, and Dennis Hopper. In the latter film, Wooley portrayed Hackman's longtime friend, Cletus Summers, the principal of Hickory High School.

In the late 1950s, Wooley embarked on a recording career of his own, with one of his hits, "The Purple People Eater." earning him considerable fame. He followed that success with a series of novelty hits, as well as some classic pop recordings and many recordings classified as Country and Country and Western. In the United Kingdom he enjoyed a minor hit with the comedy single "Luke The Spook" on the flip side of "My Only Treasure," a ballad in the country and western tradition.

Wooley also had a string of country hits, with his "That's My Pa" reaching no. 1 of Billboard's Hot C&W Sides chart in March 1962. That same year, Wooley intended to record the song "Don't Go Near The Indians," but he was delayed by an acting job. Meanwhile, Rex Allen recorded the song, and it was a hit. Wooley, however, would do the sequel to the song, "Don't Go Near the Eskimos," about a boy in Alaska named Ben Colder (had never "been colder"). This sequel was so successful that Wooley continued using the name Ben Colder, with one of his later recordings being "Shaky Breaky Car" (which parodied the song "Achy Breaky Heart"). In December 1963, his single "Hootenanny Hoot" became a top-10 hit in Australia; and in 1967 his song "The Love-in" (1967) was recognized as an acerbic commentary on the 1960s' counterculture.

In the late 1960s and early 1970s, Wooley became a regular on the television series Hee Haw and wrote the theme song for that long-running series. On Hee Haw he often appeared as the character Ben Colder, playing him as a drunken country songwriter. Outside of Hee Haw, Wooley released music and performed as Ben Colder, although he would still sing under his own name as well. Wooley continued to tour internationally and make personal concert appearances until his death in 2003. Working to the end, Wooley recorded his last written song just four days before he died.

Sheb Wooley is also credited as the voice actor for the Wilhelm scream, having appeared on a memo as a voice extra for Distant Drums in which he had an acting role. This was later confirmed by his widow Linda Dotson-Wooley. The stock recording of the distinctive scream has been used by sound-effects teams in over 400 films and continues to be used in the latest Indiana Jones sequels and all of the Star Wars films except Star Wars: The Last Jedi.

Wooley was the recipient of numerous awards over the years for his accomplishments as a singer, an actor, and as a writer for both comedic and dramatic productions. In 1968 he received the Country Music Association's Comedian of the Year Award. He also received the 1992 Songwriter of the Year, two Golden Boot Awards, and he won the Western Heritage Award for nine consecutive years in recognition of his film and television work in Westerns.

Wooley was married five times. His first wife was Melva Miller, whom he married in 1940. Six years later he married Edna Talbott Bunt in Fort Worth, Texas. His third wife was Beverly Irene Addington. He and Beverly remained together for 19 years and adopted one daughter, Chrystie Lynn. Then, in 1985, he married Deanna Grughlin and then his manager Linda Dotson, who already had a daughter, Shauna.

The contents of this page are sourced from Wikipedia article on 07 Feb 2020. The contents are available under the CC BY-SA 4.0 license.
View Sheb Wooley 's image gallery
Image Gallery 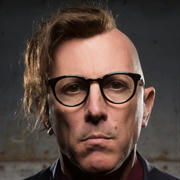