Shaun Davey was born in Belfast in 1948 and attended Rockport School in County Down. He graduated from Trinity College, Dublin in the history of Art in 1971. He then took a master's degree at the Courtauld Institute of Art in London. In the late 1970s, he made his first recording, "Davey and Morris," with James Morris, and guest artist Dónal Lunny, produced by Tony Hooper of The Strawbs. He worked as a composer of advertising jingles, including "The Pride of the Herd" for the National Dairy Council, 7up, Bank of Ireland and many more.

Davey's reputation is built on four large-scale concert works based on Irish history, all using uilleann pipes and folk tunes.

May We Never Have To Say Goodbye, released by the Tara Music label, is a collaboration between Davey, the RTÉ National Symphony Orchestra and a number of famous artists. The album takes its name from the anthem specially composed for the Opening Ceremony of the Special Olympics World Summer Games in Croke Park, June 2003, and performed by Rita Connolly, Ronan Tynan and six Dublin choirs. It is presented along with a range of music from Davey's suite, featuring traditional soloists, singers, choir, pipe band, and orchestra, together with percussion. This release also includes previously unrecorded pieces from The Pilgrim, along with (among others): "Fill to me the Parting Glass" (from the film score of Waking Ned), and "Music of the Spheres", a magical piece from the Royal Shakespeare Company production of Pericles.

Beal Tuinne - Live at St. James' church Dingle (TARA4022) is a collection of songs composed by Davey with lyrics based on the poems of the late Kerry Poet Caoimhín Ó Cinnéide. Davey is joined on this recording by his wife Rita Connolly and Dingle-based musicians: Seamus Begley, Eilís Kennedy, Lawrence Courtney, Eoin Ó Beaglaoí, Daithí Ó Sé and Jim Murray.

Voices from the Merry Cemetery (TARA4023) is a suite of songs again composed by Davey but this time based on grave inscriptions from the cemetery—known as the Merry Cemetery—of the village of Săpânța on Romania’s border with Ukraine. For this live recording, Davey has again teamed up with Connolly (vocals) and O'Flynn (uilleann pipes), as well as the Romanian Men’s Choir of the Theology Faculty, Sibiu, directed by Pr. Dr. Sorin Dobre and sections from the Romanian State Philharmonia, conducted by David Brophy.

Davey has worked on numerous films. His most famous film score has been Waking Ned Devine (1998), with contributions from Peter McSherry, Liam Ó Maonlaí, The Voice Squad, Nollaig Casey and Arty McGlynn. His other scores include Twelfth Night, The Tailor of Panama and The Lion, the Witch and the Wardrobe. Television work includes The Hanging Gale for the BBC (the score won an Ivor Novello and was nominated for a BAFTA) and the theme to Ballykissangel (nominated for a BAFTA). In 2000, he collaborated with Richard Nelson on the musical James Joyce's The Dead which was performed on Broadway, for which the score was nominated for a Tony.

Other notable work remains Granuaile, which features Connolly's soaring soprano voice. Liam O'Flynn's solo album Out To An Other Side (1993) had several tracks written by Davey. He also created a setting of St. Patrick's Breastplate titled The Deer's Cry, first used on the soundtrack of the TV documentary Who Bombed Birmingham and later included on his album The Pilgrim. 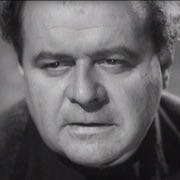 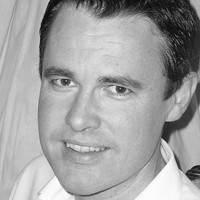 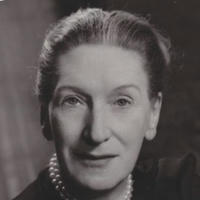