Sharon M. Lewis is a Canadian television personality and film director from Toronto. She studied political science at the University of Toronto. She was an actress and author before being the host of counterSpin on CBC Television in 2001, and then hosted ZeD, also for the Canadian Broadcasting Corporation. She began her career on counterSpin with a special on the September 11, 2001 attacks. She called herself an "activist," saying "It's a journalist's job to activate change through information... Who isn't passionate and is in the journalist field, otherwise I don't know what would drive you?"

According to the Toronto Star, in 2001 Lewis initially seemed "mousy and ill-informed" on counterSpin, but survived. A television critic also said that on ZeD Lewis was nicely easygoing. After leaving ZeD, Ziya Tong took over as host. Lewis established the company urbansoul inc., which promotes the art of minority women.

During her acting career, she appeared on Degrassi: The Next Generation as the mother of Jimmy Brooks played by internationally known rapper Drake. She also appeared in the film Troubled Waters.

Sharon is a member of Film Fatales.

The contents of this page are sourced from Wikipedia article on 12 Jun 2020. The contents are available under the CC BY-SA 4.0 license.
View Sharon Lewis 's image gallery
Image Gallery 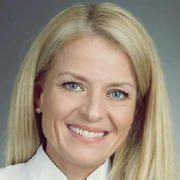