Shanta Janardan Shelke (Marathi: शांता शेळके) (12 October 1922 – 6 June 2002) was a Marathi poet and writer in the Marathi language. She was also a noted journalist, and academic. Her work included song compositions, stories, translations, and children's literature. She presided over many literary gatherings.

Some of her compositions were noted either as stand-alone poetic works or as songs sung by Marathi greats like Lata Mangeshkar, Asha Bhosale and Kishori Amonkar, to name a few. Her pen name was Vasant Avsare.

Shanta Shelke was born in Indapur, Pune. She completed her primary education in Mahatma Gandhi Vidyalaya, Rajgurunagar and high school education from Huzurpaga (HHCP High School), Pune. She did her graduation in Pune's S. P. College). She completed her M.A. in Marathi and Sanskrit and stood first in Bombay University. During this time, she also won the Na. Chi. Kelkar and Chiplunkar awards.

She spent 5 years working as assistant editor of the weekly Navyug run by Acharya Atre. She then moved to Nagpur to work as a professor of Marathi in Hislop College, Nagpur. She retired after long service from Maharshi Dayanand College, [Parel, Mumbai] and settled in Pune.

During her working career in Mumbai, she also served in

Some of her newspaper columns were later converted into books.

Though children's literature was her favourite subject, she gained popularity as a poet and music composer.

Apart from her contributions to Marathi literature, Shanta Shelke was equally famous for writing lyrics for Marathi songs. She penned songs for more than 300 films.

She wrote her first song for the film Ram Ram Pavna (राम राम पाव्हणं) in 1950. Her initial songs captured the imagination of her audience and made her a household name:

Some of her memorable creations are:

Music composer Kaushal Inamdar composed an entire album of her songs called 'Shubhra Kalya Moothbhar' when Shanta Shelke was elected President of the Akhil Bharatiya Marathi Sahitya Sammelan in 1996. The songs in the CD were:

She translated the following works:

The contents of this page are sourced from Wikipedia article on 08 Mar 2020. The contents are available under the CC BY-SA 4.0 license.
View Shanta Shelke 's image gallery
Image Gallery 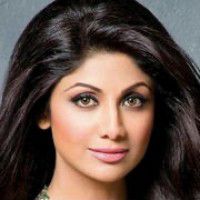