Ione Shannon Bolin was born in the small town of Spencer, South Dakota, on Jan. 1, 1917. Her parents were Gracie Elsie Bolin and Harry Bolin, a hotel owner who raised horses during the Depression. In an interview she said her father named her Ione “because I was born on the first of January, which is 1-1, or 1-one. That’s South Dakota humor for you.”

At age 20, she headed to the East Coast to pursue a career as a singer. In Washington, D.C., Bolin worked for CBS Radio and during World War II she became the host of her own musical program. She auditioned in 1944 in New York for the New Opera Company and won a place in the ensemble.

Bolin portrayed Meg Boyd in both the original Broadway production and the film version of Damn Yankees.

Her other stage roles include: The Golden Apple (as Mrs. Juniper), Only in America (as Kate Golden), The Student Gypsy (as Zampa Allescu) Take Me Along (as Lily), Xmas in Las Vegas (as Eleanor Wellspot), and Helen Goes to Troy, for which she used the pseudonym of Anne Bolin.

Bolin worked with Marc Blitzstein on Regina the opera based on The Little Foxes. She played the alternate lead when the work debuted on Broadway.

In addition to the film version of Damn Yankees, Bolin's other film appearances include If Ever I See You Again (1978) and the low-budget horror film The Children (1980).

Bolin did radio work in New York City for the Theatre Guild of the Air production of Allegro. She sang Brahms lieder on WQXR for the Stromberg-Carlson series.

In the early 1940s, she was a regular singer on the CBS program Your Town and Ours.

Bolin appeared on television in the NBC Opera Theatre production of Suor Angelica, in which she played the Princess, and the Jackie Gleason Show, a special titled "The Christmas List" as Gleason's wife.

In 1955, Bolin recorded "an album of seldom-heard songs by top composers" for Vanguard Records. She and her husband, musical director Milton Kaye, "dug through thousands of 'long-lost' tunes by top composers like Gershwin, Kern, Rodgers, and came up with 12 which they call Rare Wine."

Recorded an album for Riverside titled "Songs For Patricia and other music of Alec Wilder", RLP 12 - 805. 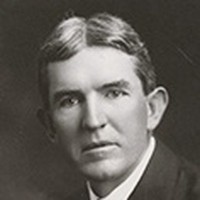 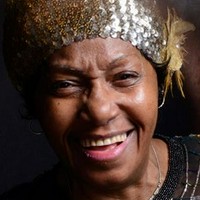