Shani Wallis (born 14 April 1933) is a British-American actress and singer, who has worked in theatre, film, and television in both her native United Kingdom and in the United States. A graduate of the Royal Academy of Dramatic Art, she is perhaps best known for her roles in the West End, and for the role of Nancy in the 1968 Oscar-winning film musical Oliver!.

Wallis was born in Tottenham, London, and made her first stage appearance at the age of four and later studied at the Royal Academy of Dramatic Art (RADA) on a scholarship and resumed her theatrical career appearing in many London and provincial productions. She made her theatrical debut in Call Me Madam at the London Coliseum (as "Princess Marie") with Anton Walbrook.

Wallis is a naturalised citizen of the United States, where she has lived for more than forty years. She married her agent Bernie Rich on 13 September 1968, and they have one daughter, Rebecca and two granddaughters. Wallis is a patron of the theatre charity the Music Hall Guild of Great Britain and America. 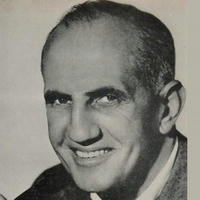