Shana Moulton is a New York based media artist who explores contemporary anxieties through her filmic alter ego, Cynthia. Combining an unsettling, wry humor with a low-tech, Pop sensibility, Cynthia's interactions with the everyday world are both mundane and surreal, in a domestic sphere just slightly askew. As her protagonist navigates the enigmatic and possibly magical properties of her home decor, Moulton initiates relationships with objects and consumer products that are at once banal and uncanny.

Born in Oakhurst, California, Shana Moulton attended the University of California, Berkeley and continued to receive a MFA from Carnegie Mellon University. She has also studied at the Skowhegan School of Painting and Sculpture and De Ateliers in Amsterdam, Netherlands. Moulton has been an artist in resident at Harvestworks, New York City (2008), and the [Lower Manhattan Cultural Council(2011). She has also received fellowships and grants from the Experimental Television Center (2009), the Foundation for Contemporary Arts (2009), and Harvestworks (2010). She currently works in Brooklyn, New York.

The 10-part video series, Whispering Pines follows the protagonist's search for perfect health and peace through consumer objects. Cynthia, Moulton's intimately autobiographical, surreal, video alter-ego, interacts with appropriated new-age marginalia, prescription drugs, and beauty products in scenes that address the difficulties of self-discovery and fulfillment in a modern, consumerism-driven society. Moulton explains that she is not required to 'get into character' for Cynthia; Cynthia is always there. Moulton says of her alter-ego, "It's me in the bathroom; it's me worried about aging; it's me looking at a beauty magazine... We share a brain. I don't even think of her as a character. It's just me." Through Moulton's narrative of self-discovery, Cynthia gains relief from the social pressures of her domestic products by using them in non-prescribed ways. 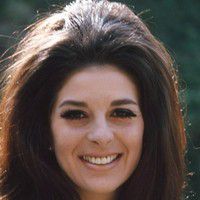