Shamini Flint (born 26 October 1969 in Kuala Lumpur, Malaysia) is an author based in Singapore. She is best known for her crime fiction novel series Inspector Singh Investigates, published in many languages around the world. She also writes children’s books with cultural and environmental themes. Before becoming a writer in 2004 she was a corporate lawyer at the international law firm, Linklaters. She is noted for her work to promote fair trade products in Singapore and donates part of her environmental book title’s proceeds to WWF. Shamini currently lives in Singapore with her English husband Simon Flint and their two children, Sasha and Spencer Flint.

In 1993, Shamini received the Council of Legal Education Prize for one of the highest marks overall for her Bar Finals sat at Trinity College, London. Following which Shamini was employed by Messrs. Zain & Co and called to the Malaysian Bar.

Between 1994 and 1995 Shamini studied for her Law Masters at the University of Cambridge, UK. Whilst there she was awarded the top overall mark, the Bevan Prize, the Jennings Prize and a British High Commission Scholarship. She was admitted as a Solicitor, Supreme Court of England and Wales in 1999.

She left Messrs Zain & Co in 1997 to join Linklaters as a Solicitor until 2002 when she became an Associate Professor of the Law Faculty, National University of Singapore.

In addition to Crime Fiction, Shamini also writes children’s literature of equal success, Puffin Books India have bought the sub-continent rights to Diary of a Cricket God, launched in April 2011 and Allen & Unwin have bought the rest of the world rights. 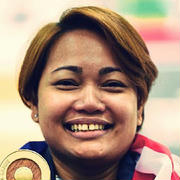