Shamima Begum (born 25 August 1999) is a formerly British, now Bangladeshi who left the UK aged 15, to join the Islamic State of Iraq and the Levant (ISIL) in Syria. Her intention to return to the UK in 2019 resulted in a public debate about the handling of returning jihadists. In February 2019, the British government issued an order revoking her British citizenship and later clarified that she would never be allowed to return. In July 2020, however, the Court of Appeal ruled that Begum should be permitted to return to the UK, so that she could fairly contest this decision by instructing lawyers properly. This ruling is subject to appeal to the Supreme Court.

Begum was born in England to parents of Bangladeshi heritage. She was brought up in the Bethnal Green area of London where she received her secondary education at the Bethnal Green Academy. Together with her friends Amira Abase and Kadiza Sultana, she left the UK in February 2015, at the age of fifteen. The trio travelled via Turkey, to join the jihad in Syria.

Shortly after her disappearance, Begum's family hoped to learn that she and her school friends had only travelled to ISIL territory to bring back their friend Sharmeena Begum (no relation), who had travelled there in 2014.

The education secretary, Nicky Morgan, said in February 2015 that everyone hoped and prayed for the safe return of the three girls to the UK.

Ten days after arriving in Syria, she married Dutch-born Yago Riedijk, who had converted to Islam and arrived in Syria in October 2014. (This marriage may not be recognised under Dutch law since she was underage at the time.) She had three children. The elder two died. Her youngest child was born in a refugee camp in February 2019 and, in March 2019, reportedly had died of a lung infection.

Sources told The Daily Telegraph that Begum served in ISIL's "morality police", and also tried to recruit other young women to join the jihadist group. She was allowed to carry a Kalashnikov rifle and earned a reputation as a strict enforcer of ISIL's laws, such as dress codes for women. Additionally, an anti-ISIL activist told The Independent that there are separate allegations of "Begum [stitching] suicide bombers into explosive vests so they could not be removed without detonating".

On 13 February 2019, The Times' war correspondent Anthony Loyd found Begum at the al-Hawl refugee camp in Northern Syria, in what one newspaper described as "scoop of the decade". When interviewed, Begum revealed that she was nine months pregnant and hoped to return to the UK to raise her child, but did not regret her decision to join ISIL. She said she had been unfazed by seeing the head of a beheaded man as he was "an enemy of Islam", but believes that ISIL did not deserve victory because of their corruption and oppression. When asked if she would be extracted from Syria, Security Minister Ben Wallace said, "I'm not putting at risk British people's lives to go and look for terrorists or former terrorists in a failed state." Three days after Loyd found her, Begum gave birth to a boy.

Begum was interviewed by BBC correspondent Quentin Sommerville on 18 February. During the interview, Begum asked for forgiveness and claimed that she still supports "some British values". She said she was inspired to join ISIL by videos of fighters beheading hostages and also of "the good life" under the group. However, Sommerville noted that she continues to espouse the ISIL ideology and justify its atrocities. When asked about the Manchester Arena bombing, she claimed it was wrong to kill innocent people, but that ISIL deemed it justified as retaliation for the coalition bombing of ISIL-held areas. When questioned about the rape, enslavement and murder of Yazidi women, she claimed, "Shia do the same in Iraq".

The following day, UK Home Secretary Sajid Javid announced that an order had been made with the intention of stripping Begum of her British citizenship. The UK government cannot legally strip someone of their British citizenship if doing so would leave that individual stateless. However, the UK government contends that Begum holds, or is eligible for, citizenship of Bangladesh. There have been reports that immigration lawyers confirm this position. The Government of Bangladesh, however, stated that Begum does not hold Bangladeshi citizenship and will not be allowed to enter the country.

British law does not allow that an individual be made stateless and Begum will have the right to appeal the Home Office's decision to revoke her UK citizenship. Javid's decision was criticised by Begum's immediate family members, who sought to stop it through legal methods, but her brother-in-law Muhammad Rahman urged the public to support the government decision. He said: "The information they have is to the best of their ability and the British people should support it". Shamima Begum said that she might consider applying for Dutch citizenship.

Begum's lawyer claimed on 1 March that Begum and her son were moved from a Syrian refugee camp and relocated to another after threats against her were made.

On 3 March, Yago Riedijk, her ISIL husband, was interviewed by the BBC and claimed that he wishes to return to the Netherlands alongside Begum. The Dutch government stated that they do not plan to help repatriate him or reunite his family.

On 8 March, it was reported that spokespeople for the Syrian Democratic Forces had confirmed that Begum's son Jarrah, whose imminent birth had apparently motivated her desire to return to the UK, had died in hospital the previous day. The cause of death was given as pneumonia in the medical certificate. Shadow Home Secretary Diane Abbott, and human rights lawyer Clive Stafford Smith, criticised the UK government's decision to block Begum's return to the UK for her son's death.

A government spokesman said that, "The death of any child is tragic and deeply distressing for the family". Foreign Secretary Jeremy Hunt reiterated the position given by Robert Ben Lobban Wallace on the risk of sending officials to recover her, and stated, "Shamima knew when she made the decision to join Daesh, she was going into a country where there was no embassy, there was no consular assistance, and I'm afraid those decisions, awful though it is, they do have consequences," but he also stated that the Foreign Office and the Department for International Development are trying to rescue ISIL brides and the decisions to withdraw citizenship from individuals were based on evidence.

On 15 April, it was reported that Begum had been granted Legal Aid to fight the revocation of her British citizenship. Hunt described the Legal Aid Agency's decision as "very uncomfortable", but said that the UK is "a country that believes that people with limited means should have access to the resources of the state if they want to challenge the decisions the state has made about them".

On 3 May, Bangladeshi foreign minister Abdul Momen repeated their position on Begum but further added that if she entered Bangladesh she will face the death penalty due to the nation's "zero tolerance policy" towards terrorism.

In August 2019, the Metropolitan Police requested media organisations that had interviewed Begum—the BBC, ITN, Sky News and The Times—to surrender any unpublished material they may hold about Begum. They seek disclosure under the Terrorism Act 2000 in order to prepare potential prosecution.

Her lawyer, Tasnime Akunjee, has made repeated journeys to Kurd occupied Syria, to meet with Begum, only to be turned away.

On 16 July 2020, the Court of Appeal ruled that Begum can return to the UK to contest the government's decision to rescind her British citizenship. It is currently unclear how she will return to the UK to plead her case, as the British government previously stated that they will never let her return.

The contents of this page are sourced from Wikipedia article on 16 Jul 2020. The contents are available under the CC BY-SA 4.0 license.
View Shamima Begum 's image gallery
Image Gallery 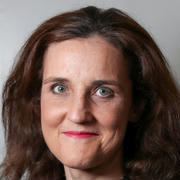