Ash-Shakur Nafi-Shahid Stevenson (born June 28, 1997) is an American professional boxer who has held the WBO featherweight title since 2019. As an amateur, Stevenson represented the United States at the 2016 Summer Olympics, winning a silver medal in the bantamweight division.

A native of Newark, New Jersey, Stevenson is the oldest of nine siblings, born to Shahid Guyton and Malikah Stevenson. He took up boxing at age five under his grandfather Wali Moses and cites Andre Ward as his influence.

Stevenson had a very successful career at the Youth Level, winning the 2014 AIBA Youth World Championships and 2014 Summer Youth Olympics. In 2015 he won the Senior U.S. Olympic Trials, thus qualifying for the U.S. boxing team at the 2016 Summer Olympics in Rio de Janeiro, Brasil. In Rio, Stevenson won a silver medal, losing to Robeisy Ramírez of Cuba in the gold medal match. He was the highest-medaling male for the USA (Claressa Shields won gold on the women's side).

Stevenson turned professional on February 9, 2017 signing a promotional contract with Top Rank. He signed Andre Ward as his manager.

Bob Arum told Ringtv that Stevenson would likely make his debut on a stacked card at the StubHub Center in Carson, California on April 22, 2017. Stevenson showed off his quickness, defense and punching skills as he won his first professional fight against American boxer Edgar Brito. Stevenson won via fifth round technical decision. Brito was cut on the left eye after an accidental headbutt in round 2. In round 3, he was deducted a point for intentionally headbutting Stevenson. From his own intentional headbutts, Brito suffered a cut over his right eye. The ringside physician stopped the bout. Stevenson was ahead on all three judges scorecards and won every round.

In an official press release on May 3, it was confirmed that Stevenson would make his Madison Square Garden debut on undercard of the Crawford vs. Díaz world light welterweight championship fight on May 20, 2017. His opponent was announced as Argentine boxer Carlos Suarez (6-3-2, 1 KO). Stevenson won the bout after 2 minutes and 35 seconds of the first round. Suarez was knocked down before the stoppage. Stevenson's third bout took place at the Pinnacle Bank Arena in Lincoln, Nebraska, again on the undercard of Terrence Crawford, this time his unification fight against Julius Indongo on August 19, 2017. Stevenson fought his second straight Argentine opponent, David Michel Paz (4-3) in a scheduled six-round fight. Stevenson easily outpointed Paz over 6 rounds winning 60-53 on all three scorecards. In round 5, Paz was knocked down following a straight left. Stevenson seemed comfortable and patient in letting the fight go the distance. On November 20, Top Rank confirmed 26-year-old Mexican Oscar Mendoza (4-2, 2 KOs) as Stevenson's opponent, which would take place on the undercard of Vasyl Lomachenko vs. Guillermo Rigondeaux on December 9, 2017 at the Madison Square Garden Theater in New York City, New York.

Stevenson's first fight for 2018 was announced on February 7 to take place at the Grand Sierra Resort and Casino's Grand Theater in Reno, Nevada on February 16 against Juan Tapia (8-1, 3 KOs) in a scheduled 8 round bout. Stevenson easily outpointed Tapia, winning 80-72 on all three judges' scorecards. Stevenson showed defensive improvements in the fight, boxed with his jab and worked to the body. He used the distance well, allowing Tapia to land only one punch at a time.

According to a police report, Shakur Stevenson and another boxer, David Grayton, were involved in an altercation in a South Beach parking garage. The two fighters made comments to a group of people in a parking garage, including two women to whom they directed sexual innuendo, which sparked an altercation. Stevenson was arrested on July 1, 2018 and charged with misdemeanor battery. He was sentenced on June 18, 2019 to a year of probation, 50 hours of community service and ordered to pay the victims' medical expenses. Stevenson, of Newark, New Jersey, was celebrating his 21st birthday with friends in South Beach when the incident occurred, the report said. 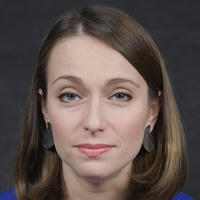