Shakka Philip (born May 16, 1989), known simply as Shakka, is a British singer, songwriter and record producer signed to Pitched Up, Columbia Records and Sony Music.

Shakka released his debut major label EP The Lost Boys in 2015 which included the hit "Say Nada" which peaked at number 41 on the iTunes Charts, with the official video (featuring Jme) having been viewed by over five million people, earning him his first MOBO Award for Best R&B/Soul Act. In 2016, he returned with the follow-up EP, The Island, which debuted at number 17 on the iTunes Charts and earned Shakka his second MOBO Award for Best R&B/Soul Act alongside a spot in The Independent's Ones to Watch 2017 list.

Shakka self-released his first official EP, Foolishness, in July 2009 which was recorded at a local youth centre. With production from both Shakka and TE1, this was Shakka's introduction into the music industry. Shakka consciously decided to sing with his British accent as opposed to an American-influenced accent that many of his contemporaries were using at the time and this formed part of his trademark sound.

He then went on to release a conceptual mixtape, The Shakka Crown Affair, in 2011 which gained Shakka much respect amongst his peers, solidified him as an emerging creative phenomenon in the UK and brought him to the attention of successful British rapper Wretch 32.

Having developed a fanbase in the UK, Shakka went on to release a series of YouTube covers and mashups entitled Shakkapellas in 2012 which gained him fans globally and put him on the radar of music industry tastemakers.

2013 proved to be a successful year for Shakka, collaborating with various artists, most notably featuring on Wretch 32's single "Blackout", which reached number 6 on the UK Singles Chart. He was also selected to perform on the BBC Introducing stage at Glastonbury Festival, and then toured globally with Basement Jaxx as their guest vocalist.

This year also saw Shakka receive extensive recognition named in MTV's top 20 Unsigned Artists of 2013 list and receiving two MOBO Award nominations; including Best Newcomer. BBC's Radio 1Xtra were early champions of Shakka's music playing some of his Shakkapellas on the station and have supported him throughout his rise to fame.

Noted television performances in 2013 included performing on 'The Graham Norton Show' alongside Wretch 32, as well as on Sunday Brunch and Channel 5's The Wright Stuff.

In 2013 Shakka was also chosen to perform in, and produce music for, a National Theatre production called "Home" directed by Nadia Fall which ran for two months during late summer. During this production he had the pleasure of sharing the stage with Antonia Thomas (E4's Misfits) and BAFTA award-winning Michaela Coel (E4's Chewing Gum).

2015–present: Breakthrough: The Lost Boys and The Island

In 2014, Shakka released a collection of remixes aptly named Shakka B-Sides. It featured the remix of Ten Walls' "Walking with Elephants" featuring Frisco (BBK), which achieved over 8 million views on YouTube. In 2015, Shakka signed to Pitched Up/Sony Music.

Shortly afterwards, he released a remix of "Say Nada" featuring two verses by Jme (BBK), which has accumulated over 5 million YouTube views. The solo version of the song features on his EP The Lost Boys, released 6 November 2015.

In 2016 he returned with the follow-up EP, The Island, which earned Shakka his second MOBO Award for Best R&B/Soul Act alongside a spot on The Independent's Ones to Watch 2017 list.

Shakka is also the music producer for E4's Chewing Gum TV series, which broadcast its second series in January/February 2017.

This list of songs or music-related items is incomplete; you can help by expanding it.

The contents of this page are sourced from Wikipedia article on 04 Jul 2020. The contents are available under the CC BY-SA 4.0 license.
View Shakka 's image gallery
Image Gallery 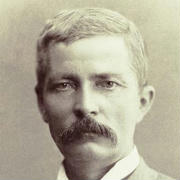