Seyoum Mesfin Gebredingel (born January 25, 1949) is an Ethiopian politician and diplomat. He was Ethiopia's Foreign Minister from 1991 until September 2010 and has subsequently served as Ethiopia's Ambassador to the People's Republic of China.

Born in Tigray Province, Seyoum was trained in science and academic background, gained first at Bahar Dar Polytechnic Institute and later at Addis Ababa University. According to Aregawi Berhe, he was one of seven students who met on 14 September 1974 at an inconspicuous cafe in the Piazza district to create the Tigrayan Peoples' Liberation Front. Mesfin served as chairman of the Foreign Affairs Committee of the Ethiopian People's Revolutionary Democratic Front (EPRDF) in the 1980s. He was a member of the Marxist–Leninist League of Tigray and composed songs to honor the organization.

Seyoum was the Ethiopian Minister of Foreign Affairs for nearly 20 years, from 1991 until he was replaced after the 2010 parliamentary election. He is also an executive member of the Central Committee of the EPRDF. He was also Chief Executive Officer of the Endowment Fund for the Rehabilitation of Tigray from 2000 until early 2009. On December 28, 2004, Mesfin made a speech to the UN General Assembly in New York on the policy in the region, in particular the relationship of Ethiopia to Eritrea and Somalia. In 2007, Mesfoun indicated that Eritrea had breached the agreements that ended its war and Ethiopia might end all or part of those agreements. He was also a member of the House of Peoples' Representatives, representing Adigrat.

After leaving the government in 2010, Seyoum was appointed as Ambassador to China. He visited Singapore in December 2012 to potentially set up an Ethio-Singapore Special Economy zone and expand cooperation in aviation. In 2015, Mesfin was the chief mediator of South Sudan's IGAD-mediated peace talks. He urged both sides to end hostilities and form a transitional government. He launched the think tank Centre for Research, Dialogue & Cooperation (CRDC), a part of the Ministry of Education, on April 12, 2016.

He is married and has four children. 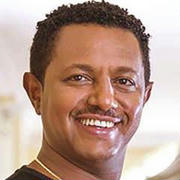