Setenay Özbek (born 1961, in Istanbul, Turkey) Is a Turkish-born writer, artist, and documentary filmmaker. Özbek is of Ubykh descent.

Özbek was born in 1961 in Istanbul, Turkey and she attended Erenköy Girls High School. In 1990, she graduated from Marmara University, within the Faculty of Fine Arts in the Department of Performing Arts.

From 1983 to 1986, Özbek studied art informally at the "Istasyon Fine Art Academy", under the tutelage of several artists, Sabri Berkel, Hülya Düzenli, Erkan Özdilek and Ergül Özkutan. Her abstract expressionist paintings are created in both acrylic and oil paint, they have a bold appearance due to the contrasting colours and shapes. Since 1986, Özbek went on to branch out into documentary filmmaking.

In 2009, she was awarded first prize for the Bakrac Art Gallery 30th Year Painting Competition. In 2009, Fifth Tashkent Biennale of Contemporary Art, "The 3rd Runner up".

In 2015, Özbek moved to the seaside town of Bodrum, Turkey and opened an art school for local children. 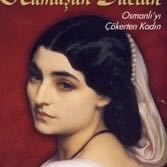 Empress of the Seljuk Empire