Serhiy Vasylyovych Kuznetsov (Ukrainian: Сергій Васильович Кузнєцов; Russian: Серге́й Васильевич Кузнецов; born 1 January 1963 in Belgorod, Russian SFSR) is a retired Ukrainian professional footballer. He made his professional debut in the Soviet First League in 1981 for FC Metalist Kharkiv. He played 2 games in the UEFA Cup 1990–91 for FC Chornomorets Odessa.
In 1983 Kuznetsov took part in the Summer Spartakiad of the Peoples of the USSR in the team of Ukrainian SSR.
He has a son Serhiy Kuznetsov who also a football player. 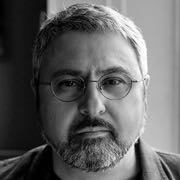 CEO and Co-Founder of GenforMax LLC

Russian aristocrat of the Stroganov family