He began his career at Sevilla, where he twice won the Europa League.

Rico made his senior international debut for Spain in 2016, and was chosen for the year's European Championship.

Rico was born in Seville, Andalusia. He played youth football with Sevilla FC, spending several of his first seasons as a senior with the reserves, in Segunda División B. On 1 July 2013, he signed a new two-year deal with the club.

On 14 September 2014, profiting from the injuries of both Beto and Mariano Barbosa, Rico made his first-team – and La Liga – debut, starting in a 2–0 home win against Getafe CF. He first appeared in the UEFA Europa League four days later, playing the full 90 minutes in a home victory over Feyenoord for the same scoreline.

In December 2014, Rico was definitely promoted to the main squad, overtaking Barbosa in the pecking order. He extended his contract with the Rojiblancos on the 16th, signing until 2017 and being awarded a place with the first team in the following campaign. He finished the campaign with 37 appearances all competitions comprised, including 11 in the Europa League which concluded with a 3–2 defeat of FC Dnipro Dnipropetrovsk in the final.

In 2015–16, Rico played in Sevilla's UEFA Champions League group stage elimination, but was replaced by fellow youth graduate David Soria as the team went on to win a third consecutive Europa League title. He was still first-choice during 2017–18, but was also involved in altercations with manager Vincenzo Montella and a group of supporters.

On 9 August 2018, Rico was loaned to Fulham for one season. He made his Premier League debut on 27 October, in a 0–3 home loss against A.F.C. Bournemouth; he edged out homegrown player Marcus Bettinelli as the starting goalkeeper for the West London club, who were relegated to the Championship at the end of the campaign.

On 26 May 2015, Rico and Sevilla teammate Aleix Vidal were the two players called up to the Spanish national team for the first time, ahead of a friendly with Costa Rica and a UEFA Euro 2016 qualifying match against Belarus, but he did not play in either fixture. He was the third-choice goalkeeper for the final tournament behind Iker Casillas and David de Gea, and made his debut on 1 June, replacing the former for the final 14 minutes of a 6–1 friendly win over South Korea in Salzburg.

In December 2016, Rico was given the Sport award at the Young Andalusia Prizes, receiving his honour from regional president Susana Díaz, a fan of city rivals Real Betis.

The contents of this page are sourced from Wikipedia article on 27 May 2020. The contents are available under the CC BY-SA 4.0 license.
View Sergio Rico 's image gallery
Image Gallery 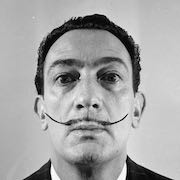