Sérgio Fernando Moro (Brazilian Portuguese: [ˈsɛʁʒju ˈmoɾu]; born 1 August 1972) is a Brazilian jurist, former federal judge and college professor who served as Minister of Justice and Public Security for the government of president Jair Bolsonaro, from 2019 to 2020. In 2015 he gained fame in Operation Car Wash (Portuguese: Operação Lava Jato), a high-profile scandal of corruption and bribery involving government officials and business executives.

On 29 October 2018, days after the 2018 election, President-elect Jair Bolsonaro nominated Moro to be Minister of Justice and Public Security. On 1 November, Moro accepted the job after personally meeting with Bolsonaro. His appointment to Bolsonaro's cabinet and the way he had previously conducted Operation Car Wash (in particular President Lula's case) drew praise from his peers and by a significant portion of the Brazilian society, but also significant criticism was voiced, especially after revelations of alleged partiality and judicial misconduct on his part, published by the American investigative journalist Glenn Greenwald, during the Car Wash investigations. Moro left the government in April 2020, mentioning the President's undue interference in the affairs of the Ministry of Justice and Public Security.

Moro was born in Maringá, son of Odete Starke Moro and Dalton Áureo Moro, a former professor of geography at the State University of Maringá, who died in 2005. His elder sibling, César Fernando Moro, owns a technology company. The Moro family moved to Ponta Grossa when Sérgio and César were children. He is of Italian descent, with origins in the region of Veneto, and identifies as Catholic.

Moro is married to Rosângela Wolff de Quadros, a lawyer and current legal solicitor of the National Association of Parents and Friends of Exceptional Children (Associação de Pais e Amigos dos Excepcionais). They live in Curitiba and have a couple of school-age children. In addition to his professional career, little is known about his personal life. An article published in December 2014 by IstoÉ magazine described him as someone with "reserved lifestyle and simple habits".

Moro got a Law degree from State University of Maringá in 1995. During his studies, he interned in a law firm for two years, being described as a "sensational person" by the lawyer who hired him. He attended a summer course at Harvard Law School in 1998, including studies on money laundering promoted by the US Department of State. He received his master's degree in 2000 from the Federal University of Paraná with the dissertation "Development and Judicial Enforcement of Constitutional Norms", guided by Professor Clèmerson Merlin Clève. In 2002, he completed a PhD in State Law at the same institution with the thesis "Constitutional Jurisdiction as Democracy", guided by Marçal Justen Filho. In 2007, he participated in the International Visitor Leadership Program in which he visited U.S. agencies and institutions responsible for preventing and combating money laundering.

In 1996, Moro started teaching to law graduates at his alma mater, the Federal University of Paraná. This very same year, he became a federal judge in Porto Alegre, before moving to Joinville, Santa Catarina, in 1999. Between 2003 and 2007, Moro worked in a case involving the public bank Banestado. The investigation resulted in the arrest of nearly 200 people for tax evasion and money laundering.

In 2012, he worked with Rosa Weber, a minister of the Brazilian Supreme Court, in the Mensalão scandal. Weber called him because of his experience with cases involving financial crimes, more specifically money laundering.

In 2014, while working in Curitiba, Sergio Moro became one of the head judges in Operation Car Wash (Portuguese: Operação Lava Jato), a massive criminal investigation that started as a money laundering case and evolved to a huge corruption scandal crackdown, involving bribery and misappropriation of public funds by political authorities. The investigation was modeled after Mani pulite in Italy. Corruption scandals in Brazil usually take a long time to investigate and the whole legal process tends to drag. However, at an unusual speed, Moro authorized further investigations, detentions and questioning of suspects. By late 2017, at least 120 sentences were carried and 175 people were sent to jail. Despite some criticism from fellow jurists for being a "media darling", Moro enjoyed high popularity with the Brazilian people and became one of the main faces in the fight against corruption in the country, at least in the public eye.

Despite the criticism of the speed with which he passed the sentences for such a huge case, his actions received the backing of the Brazilian Supreme Court and most of his sentences and decisions were upheld in higher courts. By late 2016, Moro had sent 28 people to jail on charges of corruption, with four of them having their sentences reduced by a higher judge and four being set free upon further deliberation. Overall, in Operation Car Wash, 71% of the sentences given by Moro were upheld by the Brazilian Regional Federal Courts.

In 2017, Moro sentenced former Brazilian president, Luiz Inácio Lula da Silva, to 9 and a half years in jail, on the charges of money laundering and passive corruption. The sentencing caused an uproar in Brazil, with many widely supporting and saluting the judge for his decision, with others claiming he was getting ahead of himself. Lula was considered the frontrunner for the 2018 presidential election.

During his many encounters with media and further interviews, Sergio Moro always called himself "apolitical" and said he had no interested in joining the political world. However, right after the 2018 elections, rumors started to circulate that the president-elect of Brazil, Jair Bolsonaro, was considering nominating Moro to head the Ministry of Justice. Despite claiming he was unaware of plans to make him justice minister before his invitation, it was later discovered that Moro was contacted by Paulo Guedes, an incoming member of Bolsonaro's administration, during Bolsonaro’s election campaign. Exactly four days after the election, on 1 November 2018, Moro met with Bolsonaro in Rio de Janeiro, and it was then announced that, in fact, he would become a minister in Bolsonaro's administration.

His nomination was well received by fellow magistrates across the country, but opponents of Bolsonaro and some of the press criticized the decision on the grounds of conflict of interest, claiming that Moro's sentencing of former president Luís Inácio Lula da Silva greatly benefited Bolsonaro's bid for the presidency.

On 12 May 2019, president Bolsonaro expressed the intention of nominating Moro to the Supreme Federal Court, replacing Justice Celso de Mello, who will retire, at age 75, in 2020.

On 24 April 2020, after an unjustified discharge of Federal Police's Director-General Maurício Valeixo by president Bolsonaro, Moro announced he would leave the Ministry, while denouncing the president's intention to meddle in investigations.

Moro's methods have been questioned by his peers and audited by Brazilian Justices since 2005. In 2007, when a defendant wasn't to be found at home, he issued an order to monitor the lists of passengers of all airliners flying from Ciudad del Este in Paraguay and from Porto Alegre in Brazil to Curitiba in order to track the movements of the defendant's attorneys. From 2007 through 2010, he issued an order to record and collect all phone communications and visitor booth talks between all inmates, their families and attorneys at Catanduvas Federal Penitentiary in order to "prevent future crimes".

These cases, among others, have been considered excesses and have brought grave criticism on Moro. Justice Celso de Mello has officially accused Moro of condoning a "nosy police state" and acting as an "investigative judge". Additionally, Brazilian Justice Gilmar Mendes said he was worried about Moro's actions. For him, the case showed a "set of abusive acts" and "objectionable excesses" practiced by the judge. In his dissenting opinion he wrote that they are "unacceptable behaviors in which resistance or nonconformity of the magistrate is envisaged, when contradicted by decision of superior instance".

On 6 December 2016, at a ceremony in which Moro was awarded a Man of the Year prize by Brazilian Editora Três publishing house, Moro was photographed laughing alongside Brazilian Senator Aécio Neves, PSDB's candidate in Brazil's 2014 Presidential Election and main critic of PT's tenures in office. Since PT is the party most scrutinized by Operation Carwash, the photograph has caused an uproar among PT supporters. During an interview, Moro has said that "the photograph was unfortunate, but there's no bias in my decisions as a judge", while also remarking that Neves is not under his jurisdiction. Neves was accused by five witnesses at Operation Carwash of taking R$300,000 in bribes from Alberto Youssef.

The speed with which Moro has treated specific actions that involve figures from the Brazilian left and his courteous relationship with members of the former opposition, some of which under investigation themselves, has been criticized by Brazilian jurists and left-wing activists and politicians, who accuse Moro of being part of a lawfare strategy in order to ostracize PT and bring PSDB to power.

During a lecture at Harvard University in 2017, Sérgio Moro stated that he considers the use of undeclared donations – a crime in Brazilian electoral law – to fund elections more damaging than illicit enrichment through corruption: "If I take this bribe and deposit the money in Switzerland, the money stays there, it isn’t harming anyone at the moment. If, however, I use the money to fraud and win an election, I find that terrible." On May, 2017, then-congressman Onyx Lorenzoni admitted to having used slush funds donated by JBS in his 2014 campaign for Congress. Lorenzoni has been appointed Chief of Staff by president-elect Jair Bolsonaro; upon being questioned by the press about Lorenzoni’s public admission on the use of slush funds, Moro has stated that Lorenzoni has already apologized to him and has his "personal trust". In November, 2018, Senator Roberto Requião (MDB) proposed a bill called "Lorenzoni Law", which would grant immediate pardon for anyone found guilty of electoral and public administration crimes or crimes against the national financial system, as long as they ask for forgiveness. This proposal, although official, has been considered a joke on Moro’s statements.

On 9 June 2019, the online newspaper The Intercept published leaked Telegram messages between Moro and the Operation Car Wash lead prosecutor Deltan Dallagnol, in which Moro allegedly sent advice and instructions to the prosecutor in order to interfere in the investigation that ultimately led to the trial and imprisonment of former president Lula da Silva. He was accused of not showing impartiality as a judge of da Silva's trial. Three days later, another conversation was leaked, revealing a secret meeting between Dallagnol and Supreme Court Justice Luiz Fux, asking for his support against the then fellow Supreme Court judge Teori Zavascki. Moro has thoroughly denied any wrongdoing during the course of Operation Carwash and claimed that the conversations leaked by The Intercept were misrepresented by the press. He also claimed that the messages could be inauthentic.

On June 12th, Brazilian conservative magazine Veja published a report accusing Moro of “illegally” steering prosecutors as they worked to convict Brazilian politicians and "overstepping his role as judge," claiming that its journalists had spent a fortnight pouring over nearly 650,000 leaked messages between officials involved in the investigation, and concluded the former judge was guilty of serious “irregularities.” Following the report, Moro released a statement condemning “the distorted and sensationalist diffusion of supposed messages obtained by criminal means.” 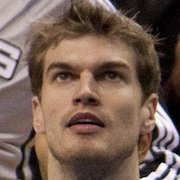