Previously, Shoygu was Minister of Emergency Situations from 1991 to 2012, and briefly served as Governor of Moscow Oblast in 2012. Shoygu holds the military rank of General of the Army. Shoygu is also the President of the International Sport Federation of Firefighters and Rescuers.

Shoygu was born on 21 May 1955 in Chadan, Tuva, to a Tuvan father and a Russian mother. He graduated from School No. 1 of Kyzyl city in Tyva Republic.

In 1977, Shoygu graduated from the Krasnoyarsk Polytechnic Institute with a degree in civil engineering. Following graduation in 1977, Shoygu worked in the construction projects nationwide for the next decade, advancing from low levels to become an executive. In 1988, Shoygu became a minor functionary in the Abakan branch of the Communist Party of the Soviet Union, and then in Komsomol for a few years. In 1990, Shoygu moved to Moscow from Siberia, and was appointed Deputy Chief of State Architecture and Construction Committee of the Russian Federation.

In 1991, he was appointed the head of Rescuer Corps, which was later given more responsibilities and renamed first to the State Committee on Emergencies, and eventually to the Ministry of Emergency Situations, making Shoygu a government minister. He became popular because of his hands-on management style and high visibility during emergency situations, such as floods, earthquakes and acts of terrorism. In 1999 he became one of the leaders of the Russian pro-government party Unity. He was awarded Russia's most prestigious state award – Hero of the Russian Federation – in 1999.

On 6 November 2012, Shoygu was appointed Minister of Defence when Putin ousted his longtime ally, Anatoliy Serdyukov. According to expert Sergey Smirnov, the so-called "Petersburg group" siloviki of Sergei Ivanov, Sergey Chemezov and Viktor Ivanov wanted one of its associates to take Serdyukov's place at the Defense Ministry. But Putin didn't want to strengthen them, so he took the neutral figure Shoygu.

On 7 November 2012, the minister decided to resurrect the tradition of Suvorov and Nakhimov cadets participating in the 9 May parade. In July 2013 Shoygu ordered commanders to begin every morning in the barracks with a rendition of the Russian Anthem, to compile an obligatory military-patriotic book reading list and take the preparation of demob albums under their control. In August that year he ordered to dress all Defense Ministry civilian workers, other staff and management employees in so-called "office suits".

Shoygu stated on 26 February 2014 that Russia planned to sign agreements with Vietnam, Cuba, Venezuela, Nicaragua, the Seychelles, Singapore and several other countries either to house permanent military bases and/or to house airplane refuel stations in those countries.

In July 2014, Ukraine opened a criminal case against Shoygu; he was accused of helping to form "illegal military groups" in Eastern Ukraine who at the time fought against the Ukrainian army.

At the initiative of Shoygu, Arctic units were created, intended to ensure the safety of Russia's Arctic region.

On 30 September 2015, Russia conducted a military operation in Syria. The operation was carried out by the created on 1 August 2015 Aerospace Forces, with the support of the Russian Navy. 7 October 2015 President Vladimir Putin, during the took place in Sochi working meeting with Shoygu, summing up the first week of operation, once again gave a high appreciation of the work of the Ministry of Defense: to the Ministry actions in general, and combat operations conducted by the Russian pilots of Syria Air Group, which applied with air strikes against predetermined objectives, and seamen of the Caspian Flotilla, which carried out the firing of cruise missiles 3M-54 Klub from the Caspian Sea and successfully struck all the targets set.

On 15 January 2020, he resigned as part of the cabinet, after President Vladimir Putin delivered the Presidential Address to the Federal Assembly, in which he proposed several amendments to the constitution. On 21 January 2020, he maintained his position in Mikhail Mishustin's Cabinet.

Father — Kuzhuget Sereevich Shoygu (1921–2010) (born Shoygu Seree oglu Kuzhuget, his name order was changed because of passport error), editor of the regional newspaper, later worked in the Party and for the Soviet authorities, was the secretary of the Tuva Party Committee and retired with the rank of first deputy chairman of the Council of Ministers of the Tuva ASSR. Also he led the Tuvan State Archives and spent six years as editor of the newspaper Pravda; wrote the novels "Time and People", "Feather black vulture" (2001), "Tannu Tuva: the country of lakes and blue rivers" (2004).

Mother — Alexandra Yakovlevna Shoygu (née Kudryavtseva) (1924–2011). Born in the village of Yakovlev in the Oryol Oblast. From there, shortly before the war, her family moved to Kadievka (now Stakhanov) in the Luhansk Oblast, Ukraine. A zootechnician, Honored Worker of Agriculture of the Republic of Tuva, until 1979 - Head of the Planning Department of the Ministry of Agriculture of the Republic, was repeatedly elected deputy of the Supreme Soviet (parliament) of the Tuva ASSR.

Wife — Irina Alexandrovna Shoygu (née Antipina). She is a President of the business tourism company Expo-EM.

Sergey Shoygu enjoys studying the history of Russia of Peter the Great's time and 1812–1825 (French invasion of Russia and the Decembrist revolt).

Shoygu is fond of sports and is a fan of the CSKA Moscow hockey team. He also enjoys football and is a fan of Spartak Moscow. In March 2016, together with Sergey Lavrov, Shoygu presented the Russia People's Soccer League, with aims to unite fans of the sport from all over Russia.

Shoygu collects Indian, Chinese, and Japanese swords and daggers. He also enjoys bard songs and plays the guitar. He does water color paintings and graphics and is interested in manufacturing handicrafts made of wood.

He is fluent in 9 languages that include English, Japanese, Mandarin Chinese, and Turkish.

The contents of this page are sourced from Wikipedia article. The contents are available under the CC BY-SA 4.0 license.
View Sergey Shoygu 's image gallery
Image Gallery 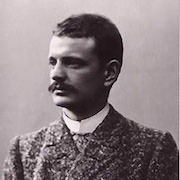