Sergey Antonov is a Russian-born cellist, living in the United States. In 2007 he was the gold prize winner at the International Tchaikovsky Competition.

Born in Moscow in 1983 to two cellists, one a teacher at the Central Music School at the Moscow Conservatory, the other a Bolshoi Symphony Orchestra cellist, Antonov began studying the cello at age five. After graduating from the Moscow Conservatory, he studied at an advanced level with, among others, the legendary Mstislav Rostropovich. He is currently an Artist Diploma student at Boston's Longy School of Music.

In 2008, he inaugurated, together with pianist Constantine Finehouse, the Trieste Chamber Music Association's Salotto Cameristico to great acclaim.

Hailed as “…a brilliant cellist…” (M. Rostropovich) and “… a complete artist, both from the point of view of his unimpeachable technique and musically, with a cantabile quality and an energy that merge in a harmonious whole...” (Alberto Coda, Vita Nuova, Catholic Weekly of Trieste, Italy. May 2, 2008). Cellist Sergey Antonov “… literally spellbound the rapt audience ... with an expressive mastery of extraordinary maturity, realized through a technical skill exhibited without glitz but with the naturalness that characterizes a genial interpreter…” (Patrizia Ferialdi, Il Piccolo, Trieste, Italy. May 30, 2008).

In the summer of 2007, Sergey became one of the youngest cellists to win a Gold medal at the International Tchaikovsky Competition.

He has circled the globe, performing concerts in Japan, Korea, Bulgaria, Poland, Russia, Germany, Spain, France, Italy, Sweden, Finland, United Arab Emirates and the US. He performs extensively with the most prominent orchestras, in the most prestigious halls of Russia, his home country, under the management of the Moscow Philharmony with whom he holds a five-year soloist contract.

In the summer of 2008, Sergey had made his American debut at the Newport Music Festival followed by solo recitals at Estivales de musique en medoc 2008 in Bordeaux, France, concerts in Savonlinna, Finland as well as in St. Petersburg, Russia. In July, he performed a live concert on the Boston’s radio show “Classics in the Morning” with Cathy Fuller on WGBH 89.7 FM.

Highlights of his 2008 season included a 10-concert tour of Japan and Korea in January/February, culminating with performances of the Brahms Double Concerto in Moscow's Great Hall of the Moscow Conservatory. Other performances included appearances with the Petrozavodsk Symphony, chamber music collaborations with the Lyrica Chamber Music Series as their "Young Artist of the Year", and the Chamber Music Foundation of New England. He gave solo concerts in Trieste, Italy and chamber music concerts in Dubai, that were followed by concerts at the Great Hall of the Moscow Conservatory in performance of the Schumann cello concerto with Moscow Conservatory Symphony Orchestra . After his performance of the Elgar Cello Concerto with the Moscow Philharmonic in its "Stars of The 21st Century” series, a critic wrote “…[Antonov] is …unique…from a different world...a musician who has his own inner space…a performer, who turns each phrase, every deeply felt sound into an event of his own inner monologue…with such consciously developed nuances, sensitivity, such concentration in combination with the feeling of drama…” (Marina Borisova, Daily Telegraph, No.91, Moscow, Russian Federation. May 20, 2008).

This season brought Sergey to Switzerland, Russia, Hungary and back to the U.S. to perform Tchaikovsky’s Rococo Variations with the Burlington Chamber Orchestra in the Lane series in Vermont and Longy Chamber Orchestra in Cambridge, Mass. In January 2009, Sergey has opened a new music series in Boston called “Great Russian Years” dedicated to the Great Russian composers. In Spring 2009 he is scheduled to perform extensively in Russia (January, February, March, April), Spain (March), Italy, Sweden (April), and Serbia (May) with summer engagements in the United States at Newport and New Hampshire music festivals in July.

Sergey Antonov was born in 1983 into a family of cellists. His parents guided his first years, especially his mother, Maria Zhuravleva, a leading cello pedagogue at the prestigious Central Music School at the Moscow Conservatory. His late father, Boris, was a gifted cellist and a member of the Bolshoi Symphony Orchestra. He graduated from the Moscow Conservatory where he studied with Natalia Schakhovskaya and chamber music with Alexander Bonduryansky. Presently Sergey is an Artist Diploma candidate working with the Grammy nominated cellist Terry King at the Longy School of Music.

Sergey won top prizes in the Dotzauer and David Popper Competitions, was named “Favorite Artist in the Cello Division” at the Tchaikovsky Competition by Toyota Corp., as well as a recipient of the “2008 Golden Talent Award “ by the Russian Performing Art Foundation. He has triumphed in many other competitions including first prizes at the Swedish Duo Competition, the International Chamber Music Competition of the Chamber Music Foundation of New England and the National ASTA Competition in Detroit (2007).

A great influence on the cellist was his work with the late Mstislav Rostropovich. Sergey was a frequent participant in his master classes at the Moscow Conservatory, which led to the maestro's invitation to join him on tours of Europe and Russia. He has collaborated with such artists as Yuri Bashmet, Yuri Simonov, Justus Franz, Dora Schwartzberg, Vadim Rudenko, Bernadene Blaha, John Lenehan. Spring 2009 will bring new collaborations with Maxim Vengerov, David Geringas, Eugene Bushkov and Mikhail Pletnev.

“There are few musicians this talented, with this esoteric ability, being able to touch the listener so deeply and put them in another dimension. Sergey Antonov is playing with intuition, he breathes and lives in music; the instrument is a natural extension of him.” (Sven Bertilsson, Katrineholm Kuriren, Sweden. July 2008) “…this musician has a serious artistic future.” (Marina Borisova, Daily Telegraph, No.91, Moscow, Russian Federation. May 20, 2008). 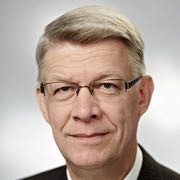