Sergei Terehhov (born 18 April 1975) is an Estonian football coach and former professional player. He is currently an assistant manager of the Nõmme Kalju.

Terehhov was a long-time Estonia national football team player with 94 caps to his name. He scored the equaliser when Estonia played 1–1 against Russia in World Cup 2006 qualifications.

Terehhov was officially appointed as a manager at his former club Nõmme Kalju on 10 December 2014. 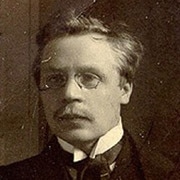