Sergeballu LaMu Sayonga Loom Walahas Jonas Hugo Ibaka (/ˈsɜːrdʒ iːˈbækə/; born 18 September 1989) is a Congolese-Spanish professional basketball player for the Toronto Raptors of the National Basketball Association (NBA). Ibaka was drafted by the Oklahoma City Thunder's former incarnation, the Seattle SuperSonics, with the 24th overall pick in the 2008 NBA draft. Ibaka is a three-time NBA All-Defensive First Team selection and has twice led the league in blocks. Although born in the Republic of the Congo, Ibaka plays for the Spain national team in international competition.

Ibaka moved to France at the age of 17 and joined a second division basketball team before moving to Spain, where he taught himself Spanish. In Spain, he soon began playing with a second division basketball club CB L'Hospitalet. He averaged 10.8 points and 8.2 rebounds and shot 55%. In 2008, he entered several international showcases, picking up an MVP award at the Reebok Eurocamp and the attention of NBA scouts. An NBA scout at one of the camps said that "athletically he's off the charts—there's no telling how good he can be".

Transition to the NBA

Ibaka was selected by the Seattle SuperSonics with the 24th pick in the 2008 NBA draft. He became the first player from the Republic of Congo to be selected in the draft, although the Oklahoma City Thunder (the re-branded SuperSonics that relocated to Oklahoma City six days after the draft) agreed to keep him in Europe. He then signed a three-year contract with Ricoh Manresa from the ACB League in Spain, keeping the option to leave for the NBA after each season. In the ACB, he averaged 7.1 points, 4.5 rebounds, and 1 block in 16 minutes per game.

In July 2009, the Thunder paid the buyout, and signed him to a two-year contract with two more optional seasons.

Although coming to the NBA as a raw talent, Ibaka had managed to become a starter in the Thunder rotation. He was often used for his energy in the paint, whether on defense or rebounding. In his first NBA season, Ibaka played 18.1 minutes per game in 73 games, averaging 6.3 points, 5.4 rebounds and 1.3 blocks per game. His blocks average led all rookies in the 2009–2010 season, and he ranked number 20 overall. In the first round of the playoffs against the Los Angeles Lakers, he played in 6 games, averaging 25.5 minutes, 7.8 points, 6.5 rebounds and 2 blocks per game. His 7 blocks in game two in Los Angeles was a record (youngest player to have 7 blocks in playoff game).

On 19 February 2011, Ibaka participated in the 2011 NBA Slam Dunk Contest. He began the contest with a free-throw line dunk. In the second round, Ibaka grabbed a stuffed animal from the rim with his mouth and dunked in one motion. However, he lost out to Blake Griffin in the competition.

During the 2011 NBA lockout he signed a two-month contract with Real Madrid in Spain alongside Spain national basketball team teammate and friend Rudy Fernández with an option to return to the NBA at the end of the lockout. Over 6 games in the Euroleague, he averaged 5.5 points, 4.7 rebounds and 2 blocks in 15 minutes per game.

After the lockout, Ibaka returned to the NBA from Spain. On 19 February 2012, he recorded his first career triple-double against the Denver Nuggets, scoring 14 points, grabbing 15 rebounds and getting a career-high 11 blocks. He played all 66 games in the shortened season as a starter, averaging the most blocks in the league, 3.6 per game. In voting for the Defensive Player of the Year, he finished second behind Tyson Chandler of the New York Knicks. In Game 4 of the Western Conference Finals against the San Antonio Spurs, Ibaka went 11–11 from the field. Oklahoma City went on to win the series in six games and advance to the 2012 NBA Finals. In the Finals Ibaka averaged 7 points and 5 rebounds, but the Thunder fell to the Miami Heat in five games.

In August 2012, Ibaka signed a four-year deal worth $48 million with the Thunder.

During the 2012–13 NBA season, Ibaka upped his scoring average from 9.1 to 13.2. He also averaged 7.7 rebounds, and a league-leading 3.0 blocks. For his defensive efforts, Ibaka finished 3rd in Defensive Player of the Year voting, behind LeBron James and the winner, Marc Gasol. In the playoffs, the Thunder beat the Houston Rockets in 6 games, but fell to the Memphis Grizzlies in five games. Ibaka averaged 12.8 points, 8.4 rebounds, and 3 blocks in the postseason but shot only 43.7% from the field, a near 14% drop off from his regular season field goal percentage of 57.3%.

In 2013–14, Ibaka averaged career-highs of 15.1 points and 8.8 rebounds per game, and led the league in total blocks (219) for the fourth straight season. In a series-clinching win over the Los Angeles Clippers in the conference semi-finals, Ibaka suffered a left calf injury that was expected to sideline him for the remainder of the 2014 playoffs. However, he made his return in Game 3 against San Antonio Spurs in the Conference Finals. The Thunder eventually fell to the Spurs in six games as Ibaka averaged 12.2 points, 7.3 rebounds and 2.4 blocks throughout the playoffs. Ibaka was also named to the NBA All-Defensive First Team for the third consecutive year.

On 19 February 2015, Ibaka recorded 21 points and a career-high 22 rebounds in the 104-89 win over the Dallas Mavericks. On 17 March 2015, he was ruled out for four to six weeks after undergoing arthroscopic surgery to address right knee soreness.

On 4 January 2016, Ibaka scored a season-high 25 points in a loss to the Sacramento Kings.

On 23 June 2016, Ibaka was traded to the Orlando Magic in exchange for Victor Oladipo, Ersan İlyasova and the draft rights to Domantas Sabonis, the 11th pick of the 2016 NBA draft. He made his debut for the Magic in their season opener on 26 October, recording 14 points and seven rebounds in a 108–96 loss to the Miami Heat. On 13 November 2016, he scored a career-high 31 points and hit a game-winning baseline jumper to lead the Magic to a 119–117 win over his former team, the Oklahoma City Thunder.

On 14 February 2017, Ibaka was traded to the Toronto Raptors in exchange for Terrence Ross and a future first-round draft pick (later used to draft Anžejs Pasečņiks). He made his debut for the Raptors ten days later, scoring 15 points in a 107–97 win over the Boston Celtics. On 21 March 2017, against the Chicago Bulls, Ibaka was ejected after an altercation with Bulls' center Robin Lopez. The next day, Ibaka received a one-game suspension.

On 3 February 2019, Ibaka had 16 points and 12 rebounds in a 121–103 win over the Los Angeles Clippers, marking a career-best sixth straight double-double, Toronto's longest streak since Chris Bosh had eight in November 2009. In June 2019, he helped the Raptors defeat the Golden State Warriors in six games during the NBA Finals to win his first NBA championship.

Internationally, Ibaka expressed an early desire to play for the Spain national basketball team, despite the fact he represented Congo Republic in youth categories. After years living in the country, he was finally granted Spanish citizenship on 15 July 2011. His team won the gold medal in the Eurobasket 2011, beating France in the final by a score of 98–85. He won a silver medal with Spain at the 2012 Summer Olympics.

Ibaka has a daughter, Ranie, who was born when he was still a teenager, shortly after he left the Republic of the Congo. Ibaka's younger brother, Igor, is a former NCAA basketball player.

On 3 April 2017, Ibaka was announced as the newest member elected to the board of directors of the NBPA Foundation. The NBPA Foundation is the charitable arm of the National Basketball Players Association, the union for current professional basketball players in the NBA. The Foundation provides strategic funding and support for players' community engagement initiatives worldwide.

The contents of this page are sourced from Wikipedia article. The contents are available under the CC BY-SA 4.0 license.
View Serge Ibaka 's image gallery
Image Gallery 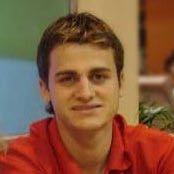