Serengdongrub (Mongolian: ᠰᠡᠷᠡᠩᠳᠣᠩᠷᠣᠪ; 17 February 1894 – 2 August 1980) was an Inner Mongolian politician in the Republic of China. An ethnic Mongol, he was a native of Harqin Middle Banner (today Ningcheng County, Chifeng).

In 1912, he entered the Mongolian and Tibetan School at Beijing under Gungsangnorbu. Afterwards he joined the Kuomintang. In 1925, he was one of the founders of the Inner Mongolian People's Revolutionary Party, along with Merse. In 1934, he became a member of the Mongol Local Autonomy Political Affairs Committee. From 1948 to 1949 he served as head of the Mongolian and Tibetan Affairs Commission. He retreated to Taiwan with the KMT, and died there in 1980.

The contents of this page are sourced from Wikipedia article on 27 May 2020. The contents are available under the CC BY-SA 4.0 license.
View Serengdongrub 's image gallery
Image Gallery 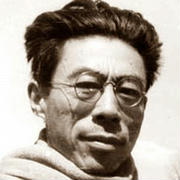