Serena Olanthe Reeder (born April 8, 1983) is an American theater, film, and television actor and screenwriter. Reeder was born in Washington, DC. She is best known for her roles in the films The Bucket List, Get Rich or Die Tryin', The Architect, The Brooklyn Heist, and Weapons.

In the summer of 2005, she was cast in The Architect, directed by Matt Tauber marking the second time she would play the daughter of Viola Davis.

In 2006, she was cast as the lead in Jazz in the Diamond District.

Reeder was cast as Morgan Freeman's daughter in The Bucket List, a 2007 comedy-drama starring Jack Nicholson and directed by Rob Reiner.

The Tea Party, her directorial debut, was selected for competition, in the short film section of the 2013 Santa Barbara International Film Festival. 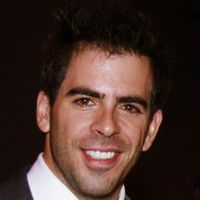