Sempronius Densus was a centurion in the Praetorian Guard in the 1st century. He was bodyguard to the deputy emperor, and is remembered by history for his courage and loyalty in singlehandedly defending his charge from scores of armed assassins, while all his comrades deserted or switched sides.

On January 10, 69, the emperor Galba chose a man to become his deputy and heir. One of Galba's advisors had led Marcus Otho to expect to be appointed to this office, but instead Galba chose one Piso Licinianus. This unexpected choice led Otho to conspire to assassinate both of them and seize power.

On January 15 Otho struck. Galba and Piso were being carried on litters through the street when they were accosted by a large company of renegade Praetorians in Otho's employ. The Praetorians were supposed to be the personal bodyguard of the emperor, but now they intended his death. Of all the soldiers present, only Sempronius Densus stood firm, while his colleagues either joined in the murder or melted away. While Piso fled to seek a safe hiding place, Sempronius bought him time to escape, first remonstrating with the assassins and then fighting them to the death.

At this point sources differ slightly. According to Plutarch, Sempronius gave his life defending both Galba and Piso:

After Sempronius finally fell, the assassins surrounded Galba and killed him.

Tacitus however describes Galba's death as occurring first in the order of events, followed by the centurion's last stand, in which Sempronius uses a pugio.

However, all of the sources agree on what happened next. While most of the assassins hacked Galba's corpse to pieces and paraded his severed head on a pole, two of them sought out Piso, who had taken refuge in the Temple of Vesta. They dragged him outside and killed him at the door.

Around 120 people later claimed credit for killing Galba and Piso, hoping that Otho would reward them. However, in April that year Otho was deposed by Vitellius, who replaced him as emperor. Vitellius found the list of their names and ordered them all executed. He also disbanded the Praetorian Guard (although the Guard was reinstated by the next emperor, Vespasian).

Although ultimately unsuccessful, Sempronius Densus's last stand is recorded by historians as being the only heroic act done in Rome that day. 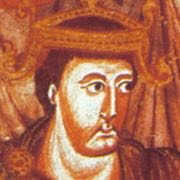 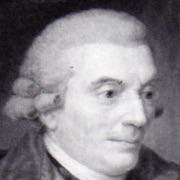