Queen Sembiyan Mahãdevi (also Cempiyan Mãtevi, 10th century CE) was a title borne by various queens of the Chola empire. She could be the queen mother (king's mother), grandmother, aunt, etc. The most famous of them all is the mother of King Madurantaka Uttama Chola Deva. She was one of the most powerful queens of the Chola empire who over a period of sixty years constructed numerous temples and gave generous gifts to many temples in South India. Her endowments are simply staggering and she figures as early as, if not before, Saka 901 during the reign of her son. According to an inscription dated 941, Sembiyan Mahadevi is said to have made an endowment so that a lamp may be kept permanently lit in front of the Shiva deity (perhaps not long after the crystallization of the Chidambaram Nataraja (Natarāja) cult).

The mother of Madhurantaka Uttama Chola

She was the queen of Gandaraditya Chola (Sri-Gandaraditta deva tam-pirattiyar) and is always referred to as the mother of Uttama Chola, Uttama Chola devarai tiru-vayiru-vaiykka-udaiya pirattiyar Sri Sembiyan Mādeyiar(the queen who had the fortune to bear Uttama Chola Deva alias the Great Queen of the Sembiyan (Chola))- in the inscriptions in order to differentiate her from the other queens who have borne the title before and after her. From various inscriptions we know that she was the daughter of a Mazhavarayar chieftain. In the beginning, she always refers to herself as the daughter of Mala-Perumānadigal.

Patron of Art and Architecture

She was very pious and was an avid temple builder and has built numerous temples some of which are at Kutralam, Virudhachalam, Aduthurai, Vakkarai, Anangur, etc. She has made some of the most lavish endowments of the Chola empire. Tiru-Ara-neri-Alvar temple was one of the earliest temples built by her. She bestowed several gifts of bronzes and jewellery to the Nallur Kandaswamy temple in 967-968 CE, including the bronze idol of the goddess of Nallur temple worshipped today, whose style is typical of Sembiyan bronzes.

From an inscription of Parakesarivarman Uttama Chola, we know that a regular śribali ceremony has been arranged at the UmaMahesvarasvamin temple at Konerirajapuram every month on the day of jyeshta, the natal star of the queen:

Sembiyan Mahadevi was a consummate temple builder and a highly respected patron of the arts. During her lifetime, special celebrations marked her birthday in the Shiva(Śiva) temple in the town of Sembiyan Mahadevi, named after her, and a metal portrait of the beloved queen was presented to the temple in her honor, possibly commissioned by her son. As such, it would have been recognized as Sembiyan Mahadevi by its use in processions celebrating her birthday. This highly stylized bronze image is an instance of the blurring of lines between royal and divine portraiture in ancient Indian art. The pose is reminiscent of the goddess Parvati. Indian artists often portray Hindu deities with great attention to arm/hand details to emphasize their omnipresence and omnipotence. A variety of hand gestures, known as mudras, are used to express the mood and meaning of the images of the gods. For instance, when the palm is raised to face the worshiper, it is the gesture of protection (abhaya), while a lowered hand with the fingers pointing downward signifies a promise to grant the devotee's wishes (varada). The contrapposto pose, known in India as tribhanga, or triple-bent, was a popular stance; it produced a sense of swaying movement, and most images, whether human or divine, are thus poised.

The contents of this page are sourced from Wikipedia article on 12 Feb 2020. The contents are available under the CC BY-SA 4.0 license.
View Sembiyan Mahadevi 's image gallery
Image Gallery 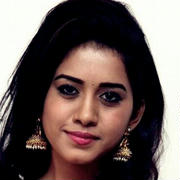 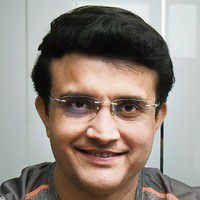 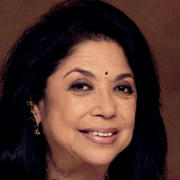 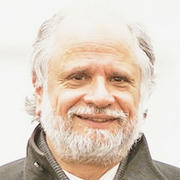