Sema Salur is a Turkish-American mathematician, currently serving as a Professor of Mathematics at the University of Rochester. She was awarded the Ruth I. Michler Memorial Prize for 2014–2015, a prize intended to give a recently promoted associate professor a year-long fellowship at Cornell University; and has been the recipient of a National Science Foundation Research Award beginning in 2017. She specialises in the "geometry and topology of the moduli spaces of calibrated submanifolds inside Calabi–Yau, G2 and Spin(7) manifolds", which are important to certain aspects of string theory and M-theory in physics, theories that attempt to unite gravity, electromagnetism, and the strong and weak nuclear forces into one coherent Theory of Everything. 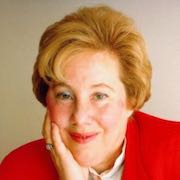