Selma Harrington née Arnautović (16 January 1955, Sarajevo) is a Bosnian-Irish architect and designer. She was President of the Architects' Council of Europe (ACE) for the period 2010–11 and 2011–2013.

Harrington was born and grew up in Sarajevo. She studied architecture at the University of Sarajevo, graduating in 1977 and receiving a master's degree in 1985.

After working as architect, furniture and product designer in Sarajevo (1978–91), she moved to Harare, Zimbabwe, where she set up her own design firm specializing in interior architecture, design and refurbishment (1993–99). Over the years, she has completed projects in Europe, Africa and Asia in the areas of hotel and office interiors, residential and furniture design. She lives and works in Dublin, Ireland. She is a Member of the Royal Institute of Architects in Ireland (RIAI) and a Head of Irish Delegation to the Architects Council of Europe (ACE).

The contents of this page are sourced from Wikipedia article on 12 Jun 2020. The contents are available under the CC BY-SA 4.0 license.
comments so far.
Comments
From our partners
Sponsored
Reference sources
References
https://archive.is/20121231084946/http://www.ulupubih.com.ba/arnautovicharrington.html
http://www.ecia.net/home/blogs/selma-harrington-new-ace-president
https://web.archive.org/web/20100601083226/http://www.ecia.net/home/blogs/selma-harrington-new-ace-president
http://urbact.eu/fileadmin/corporate/cv_experts/HARRINGTON_Selma.doc
https://web.archive.org/web/20110125124109/http://urbact.eu/fileadmin/corporate/cv_experts/HARRINGTON_Selma.doc 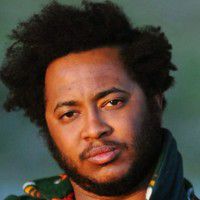