Selina Jane Griffiths (born 1969 in Richmond upon Thames, Surrey) is an English actress.

She is the daughter of Annette Crosbie and Michael Griffiths.

Griffiths has appeared in many television programmes, including Dr. Finlay and Drop the Dead Donkey. She is best known for playing Janet in The Smoking Room.

In Autumn 2007 she co-starred with Deborah Findlay in the BBC1 costume drama series Cranford playing Miss Caroline Tomkinson. In January 2011 she appeared as a frightened passenger in the BBC1 comedy series Come Fly With Me, which is written by Matt Lucas and David Walliams.

In February 2011, she appeared as Pauline in Benidorm, reprising the role in the 2016 series and through March–April appeared in the Jeremy Dyson play adaption of Roald Dahl's Twisted Tales.

In March 2012 she appeared as Yvonne in the BBC3 series Being Human. Later that year she played several roles, including Beatrix Potter, in Sky's Psychobitches (part of Playhouse Presents), appearing in four episodes.

Airing on 26 May 2013, Griffiths appeared in episode 2 (Nobody's Darling) of Case Histories.

In 2014 she starred in the TV show Jonathan Creek.

In 2015 she appeared as Elspeth Rice in ITV's Midsomer Murders episode 17.4 "A Vintage Murder".

Foreign correspondent of the british and foreign bible society, 1840-54 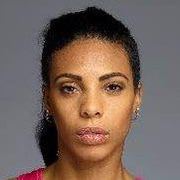