Sébastienne Guyot (born April 26, 1896 at Pont l'Abbé in the Finistère and died in Paris on August 22, 1941) was a French female engineer who specialized in aerodynamic flying.
A teacher, Sébastienne Guyot resigned in 1917 to prepare for the competition of the Ecole Centrale of the Paris Jules Ferry School when she learned that the school would accepts girls into its ranks. She graduated in 1921 from the first class of Central School of Paris to accept women. She ranked 45th of 243 graduates (425 students were received in the contest).
Also a top athlete, she participated in the 1928 Summer Olympics in Amsterdam in the 800 meters. She was also French Cross Country Champion in 1928.
Arrested by the Germans in 1940, she died in 1941.

Sébastienne Guyot was awarded the medal of the resistance posthumously. She is the only woman whose name is on the war memorial of the Ecole Centrale.

Since 2010, a scholarship in her name is given annually to five young Ecole Centrale students to fully fund their studies at the School.

In 2015, her name was given to one of the eight streets in the new university area of Moulon in Gif-sur-Yvette, an area that will accommodate CentraleSupélec in 2017, following the merger and Centrale Paris and Supélec. 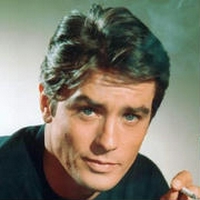