Sébastien Haller (born 22 June 1994) is a French footballer who plays as a striker for FC Utrecht.

During the 2011 FIFA U-17 World Cup, on 26 June 2011, Haller signed his first professional contract agreeing to a three-year deal.

Ahead of the 2012–13 season, he was promoted to the senior team by manager Jean-Guy Wallemme. Haller made his professional debut on 27 July 2012 in the team's opening league match of the 2012–13 campaign against Nîmes.

Haller is a France youth international having represented his nation at under-16, under-17, and under-18 level. He played with the under-17 team at the 2011 FIFA U-17 World Cup. 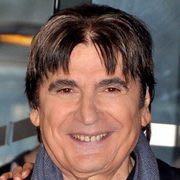