Datuk Sebastian Ting Chiew Yew (simplified Chinese: 陈超耀; traditional Chinese: 陳超耀; pinyin: Chén Chāoyào) is a Malaysian lawyer and politician from the Sarawak United Peoples' Party (SUPP) currently serving as assistant Minister for Tourism, Arts and Culture in the Cabinet of Sarawak and member of the Sarawak State Legislative Assembly for Piasau. He is also secretary-general of SUPP since 2014.

Ting attended the North London Polytechnic between 1979 and 1982 before graduating with a Bachelor of Laws (LL.B.) with second class honours, first division. Immediately after, he pursued his postgraduate studies at Darwin College, Cambridge and subsequently graduated with a Master of Laws (LL.M.) with second class honours, second division. He returned to Malaysia upon completion of his studies and became a legal assistant at Wan Ullok Jugah Chin & Co Advocates in September 1984. From 1988 to April 2004, he served as the Managing Partner of the same law firm.

Ting was political secretary to former Minister of Plantation Industries and Commodities of Malaysia, Miri MP and former SUPP president Peter Chin Fah Kui for a period of nine years between May 2004 and April 2009 and later when Chin was reassigned as Minister of Energy, Green Technology and Water until May 2013. After Chin's retirement from public office in 2014, then-SUPP secretary-general and Ting's direct predecessor, Professor Dr. Sim Kui Hian, was elected as Chin's successor and Ting was subsequently made secretary-general. Prior to this, he had already been serving the party in the capacity of Publicity and Information secretary. He first tried his luck in an election for public office when he was nominated by SUPP as its candidate for the Miri parliamentary seat, but failed to win.

In Ting's second election, he managed to win back the Piasau state seat from the Democratic Action Party's (DAP) Sarawak state liaison committee secretary, Alan Ling Sie Kiong, in a battle dubbed the "Battle of secretary-generals". In late 2017, Ting retained his post as SUPP secretary-general for a third term between 2018 and 2020 after the party received no nomination forms for the office. In the historic 14th Malaysian general election that took place in May 2018, Ting once again contested for the Miri parliamentary seat but yet again failed to wrestle the seat from the incumbent, Michael Teo Yu Keng of PKR. The SUPP's disastrous showing in the election, where it only won one of the seven parliamentary seats it contested, led to some calling for Ting to resign as secretary-general, citing his supposed no-show post-election.

On 22 August 2019, it was announced by the Chief Minister of Sarawak, Abang Abdul Rahman Johari Abang Openg, that in a minor cabinet reshuffle, Ting was appointed as assistant Minister for Tourism, Arts and Culture. Ting's predecessor and long-time assistant Minister in the Government of Sarawak, Lee Kim Shin, was promoted to full minister. 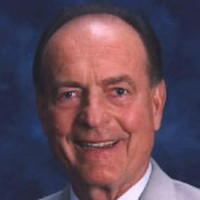