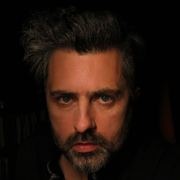 Sebastian Strasser is a German director of commercials and films. Strasser has received more than 150 international advertising awards. For example: 16 Lions in Cannes, multiple Gold at the London IAA, New York Festival, D&AD, Eurobest Festival, One Show, Clio Awards, Montreux, etc. He won Gold at the D&AD Awards for the best Director in France 2010, Gold at the German Advertising Festival (VDW Award) for the best Director in Germany 2011, Graffite for the best direction at the London D&AD 2019, Gold for direction at London LIA 2019, Gold for direction at Cyclope Berlin 2019, and numerous ADC awards worldwide. Strasser was ranked 13th in the Gunn Report’s Most Awarded Directors in the World, and his spot "Kids on Steps" for Volkswagen was elected among the 20 best commercials of the 21st century by the Gunn Report in 2015. His first shortfilm "Happy End" premiered at Berlinale Filmfestival in 2005. The latest short film, "Apparat" finished post-production in November 2019. His drama television series "Darklands", is currently in development with Warner Brothers and Ratpack Films (writers room) and is estimated to start production in 2021.

The parents and grandparents of Sebastian Strasser were stage actors. By the age of 6, the young actor was taking part in stage productions and motion pictures. He completed his Abitur at the German Goethe College in Bucharest. From 1992-1996, he studied Journalism at the, German Sport University Cologne“ and Cinematic Art at the Academy of Media Arts Cologne. After his study at the Academy of Media Arts, he worked at the first German broadcast station (ARD) as an author and journalist for a famous German political broadcasting show, (Zak / "Privatfernsehen" with Friedrich Küppersbusch).

In 2005 his first short film, Happy End (with Matthias Schweighöfer and Katharina Schüttler), was shown at the Berlinale film festival.

In 2016 Sebastian and his producing partner Christiane Dressler founded ANORAK, a Berlin-based production company, that ranked Nr. 1 in the creative ranking of the best production companies, in both consecutive years 2018 and 2019.

In 2016 Sebastian moved with his family to Los Angeles, where he is represented by Reset Content; his agents for film and television are at UTA: United Talent Agency.

In fall 2018 his dystopian series, Darklands, has been picked up by Warner Brothers and is currently in development (writers room). The 8 Episodes drama television series, for which Sebastian signs as Creator, writer, director and showrunner, is being co-written by Bernd Lange and produced by Ratpack Films and is projected to start production in fall 2021.

In 2019 he wrote and directed Apparat: 15 min. short film, starring Ulrich Thomsen and Ayelet Zurer, with cinematography by Rodrigo Prieto. The film is produced by Radical Media and The Mill and is going to premiere at festivals in 2020.

The contents of this page are sourced from Wikipedia article on 12 Mar 2020. The contents are available under the CC BY-SA 4.0 license.
View Sebastian Strasser 's image gallery
Image Gallery